HIV ‘wakes up’ only once a week under treatment 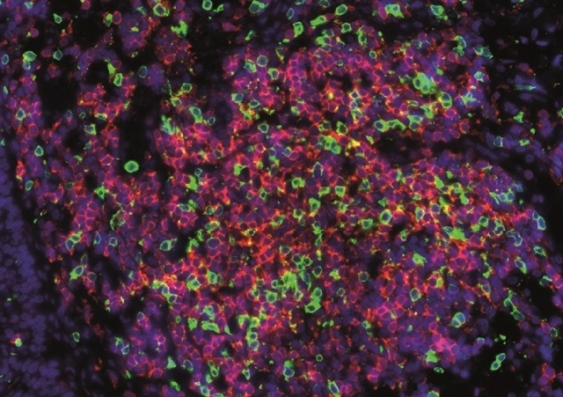 In a new study from the Kirby Institute at UNSW, researchers have found that HIV cells in the body of a person receiving antiretroviral treatment become activated 24 times less frequently than previously thought – a finding that could inform future research into biomedical interventions for HIV.

“At the moment we have very successful drug treatments for HIV, but a broader goal is to get people off antiretroviral therapy entirely,” said Professor Miles Davenport, study author and head of the Infection Analytics program at the Kirby Institute.

“Researchers have been looking at ways of reducing the amount of latent HIV infection in the body, in the hopes of creating a remission so that drug therapy can be suspended, but until now we didn’t know exactly how long it takes for the latent HIV cells to reactivate and start infecting other cells again after treatment is suspended.”

Previous modelling suggested that the virus was activated four to five times a day, and estimated that the number of latent cells would need to be reduced 2000 times in order to produce an average one year remission after treatment cessation.

The work published today in PLOS Pathogens provides the first direct estimate of the rate of HIV reactivation in vivo (in the body), and indicates that latent cell numbers need to be reduced by 50-70 times to produce a one year remission.

“Our findings represent an important advance in our knowledge about how HIV works,” says Professor Davenport. “While it was previously thought the latent virus ‘woke up’ many times a day during treatment, we now know that that latently infected cells wake up on average only once a week when treatment has been suspended.

“For the first time we have a measurement of how much we will need to reduce the viral reservoir to produce HIV remission. Essentially, we now have a more accurate target to aim for.”

The study used an interdisciplinary approach combining patient data on time to viral rebound after treatment interruption with mathematical modelling and statistical analysis.

The study analysed data from the Kirby Institute’s PULSE study with data from three smaller independent patient cohorts undergoing ART-interruption. Mathematical modelling was then used to estimate the average frequency of viral rebound.

The results were consistent across all four cohorts, indicating that virus rebound after treatment interruption occurs on average once every 5-8 days.

This research was funded by the Australian National Health and Medical Research Council.