Opinion HIV: the big picture after the death of Joep Lange

Joep Lange was a visionary leader and my friend. His legacy on HIV research will live on, but there remain huge hurdles. If Lange had any solutions they died with him over a field in eastern Ukraine, writes David Cooper. 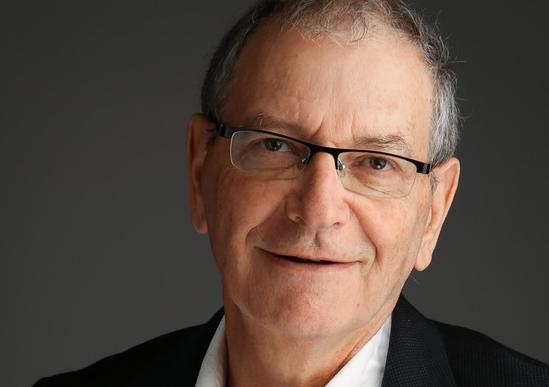 OPINION: Joep Lange was a visionary leader and my friend. His legacy on HIV research will live on, but there remains huge hurdles, and if he had any solutions to them they died with him over a scorched field in eastern Ukraine.

The shooting down of MH17 in the early hours of Friday morning (AEST) was a tragedy on so many dimensions.

The three kids from one Perth family, a nun beloved in her Sydney teaching community, the real estate agent and his wife from regional Victoria were among the earliest Australian passengers to be identified.

We also heard very quickly that at least six people on the plane were on their way to AIDS2014, the international HIV conference in Melbourne this week, among them my old friend and colleague Professor Joep Lange and his partner, Jacqueline van Tongeren.

For almost 20 years, ever since viable treatments became available for HIV, Joep was one of the first voices to advocate for antiretrovirals to be made available in low-income countries. Initially and understandably, the pharmaceutical industry was focussed on treatments in countries that could afford the costs related to the enormous investment required to bring these therapies to market.

We had watched the pandemic sweep through Africa and were determined to do everything we could to prevent the same devastation in Asia.

Joep and I lobbied and cajoled and persuaded first one big pharma and then another to work with us in conducting research in our fledgling research centre, HIV-NAT, based in Bangkok, which we had established in 1996 with our long-time Thai colleague Professor Praphan Phanuphak, head of the Thai Red Cross AIDS Research Centre.

Our resounding success in creating what is now a regional centre of excellence in HIV research will stand as one legacy to Joep's all-consuming passion to bring HIV treatment and research to low-income countries.

Another legacy is his subsequent focus on increasing access to treatment in sub-Saharan Africa through the structures that he set up almost single-handedly: the PharmAccess Foundation, which was among the first to initiate HIV treatment programs in Africa and which in turn created the Health Insurance Fund, which provides subsidised health insurance in Nigeria, Tanzania and Kenya; the Medical Credit Fund, which enables loans to private health care providers; SafeCare, which supports basic health care providers to upgrade; and the Investment Fund for Health Care in Africa, which invests in health care strengthening.

The single most important legacy, however, appears to be slipping out of our collective grasp. The aspirational targets for roll-out of HIV treatments, the so-called fifteen by fifteen (15 million people, barely half the world's HIV positive people, on antiretrovirals by 2015) is highly unlikely to happen by next year.

International donor fatigue is very real. The desire to make it happen has petered out and countries presently receiving financial aid to pay for treatments are being "transitioned" to "self-reliance". The roll-out has stalled and shortly will be flatlining.

Remember that this is happening when five more people become infected for every two people we establish onto treatments.

To overcome the HIV epidemic, we need to double or even triple the roll-out of therapies, not preside over an inevitable shrinkage in the face of insufficient resources.

Joep the private man was rarely seen without a book in his hand, in Dutch or in English, usually recently published literature and often by his favourite, the Portuguese Nobel laureate José Saramago. Another favourite was Czech writer Milan Kundera.

At least two of his five children bore the imprint of his bent for literature. His son Max was named for Max Brod, the friend and biographer of Franz Kafka. Of his four daughters - Anna, Maria, Martha and Ottla - the youngest, Ottla, was named for Kafka's sister who was first taken to the Theresienstadt concentration camp and later to Auschwitz, where she died in 1943.

Joep was an internationalist and his ideas were always ahead of the curve. Social justice was his passion, along with literature and art. Kazimir Malevich was one of Joep's favourite artists: born in Ukraine, he painted peasant and worker life in suprematist style and was inevitably banned by communist Russia. Joep particularly relished Malevich's work because he despised totalitarianism in all guises.

Joep was fearless, refused to take no for an answer, and loved any challenge that others had deemed impossible.

He actively recruited Dutch socially responsible companies such as Heineken to help him set up pilot programs in Africa.

If he had ideas to overcome the yawning disaster that the stalled roll-out of HIV treatments represents in low-income countries around the world, they died with him over a scorched field in eastern Ukraine.