Australia has recorded a 50 per cent spike in new HIV diagnoses in a decade and a re-invigoration of prevention approaches is needed to drive down new cases, annual data show. 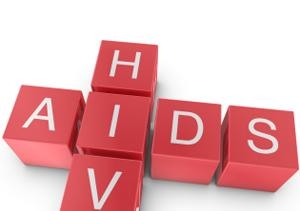 New diagnoses of HIV rose by 50 per cent over 10 years in Australia, with an eight per cent spike in 2011 to 1137 cases, annual data from UNSW show.

Three annual reports on HIV and sexually transmissible infections and trends in Australia, released at the Australasian HIV/AIDS Conference 2012 in Melbourne today, paint a concerning rise in HIV diagnoses and reveal a rise in gonorrhoea and chlamydia.

The data show a more promising picture in other areas, with genital warts continuing to decline due to the cervical cancer vaccine.  Australia is on track to eliminate donovanosis, without a single case in 2011.

But rates of most sexually transmissible diseases are relatively high among young Aboriginal and Torres Strait Islander people, and gonorrhoea increased substantially, particularly among people in remote indigenous communities and among men who have sex with men.

UNSW Associate Professor David Wilson, head of the Surveillance and Evaluation Program for Public Health at the Kirby Institute, says some of the rise in reported HIV diagnoses could be attributed to changes in testing trends among men who have sex with men, who are the most affected population group.

“We believe that between 20 and 30 per cent of HIV cases in Australia remain undiagnosed and that earlier diagnosis among these people and initiation of antiretroviral therapy would have large health benefits for the individual and reduce new infections in the community,” Associate Professor Wilson said.

“It remains critical to continue to invest in effective programs and campaigns to reinforce condom use and inform men of the appropriate use of other sexual risk reduction practices, such as limiting condom-less sex to partners of the same HIV status,” said Professor John de Wit, lead editor of the Annual Report of Trends in Behaviour 2012.