HIV diagnoses in Australia drop to lowest number in 18 years

Australia leads the world in HIV prevention, recording the lowest number of HIV diagnoses since 2001 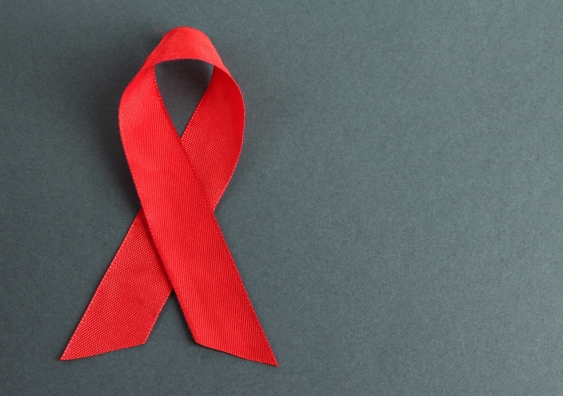 Australia continues to lead the world in HIV prevention and in 2018 recorded the lowest number of HIV diagnoses since 2001.

According to a report released today by the Kirby Institute at UNSW Sydney, last year there were 835 HIV diagnoses across the country, which represents a decline of 23% over five years.

“This reduction is very encouraging,” said Professor Rebecca Guy who is head of the Kirby Institute’s Surveillance, Evaluation and Research Program. “Although we’ve seen reductions in recent years in some Australian states, in 2018 we saw significant reductions at a national level.”

“The decline in HIV diagnoses is a result of the incredible commitment from government, healthcare, community and research sectors to eliminate HIV transmission in Australia,” continued Professor Guy.

“As a result of these partnerships, more people are being tested for HIV than ever, people living with HIV are starting treatment earlier, and we’re seeing a very promising uptake of pre-exposure prophylaxis [PrEP] among gay and bisexual men. The combination of all these strategies has led to these reductions.”

The declines reported today are largely due to reductions in the number of HIV diagnoses that are reported as attributable to sex between men. Over the past five years, HIV diagnoses have reduced by 30% among this population.

“The introduction of PrEP in Australia, on a background of high and increasing HIV testing and treatment, has turned the HIV epidemic in gay and bisexual men around in this country,” said Professor Andrew Grulich, who is head of the HIV Epidemiology and Prevention Program at the Kirby Institute.

PrEP is a pill that when taken daily by HIV negative people, prevents the transmission of HIV. It can be prescribed by general practitioners and has been available on the Pharmaceutical Benefits Scheme (PBS) since April 2018. From April to December last year, an estimated 18,530 individuals commenced PBS-subsidised PrEP, according to a PrEP monitoring report also released by the Kirby Institute.

“Many gay and bisexual men have embraced PrEP as a way to protect themselves and their community from HIV. However, for declines to continue at this impressive rate, PrEP coverage needs to be significantly higher,” continued Professor Grulich.

In Australia, approximately 41% of gay men at high risk of HIV were taking PrEP in 2017. Kirby Institute modelling suggests that at least three quarters of high-risk men need to be taking PrEP in order to achieve the elimination of HIV transmission in Australia.

“Targeted health promotion and the removal of any structural barriers are required to make PrEP more accessible, particularly among gay and bisexual men from culturally diverse backgrounds and in those living outside of the inner cities of Australia,” said Professor Grulich. “With expanded PrEP access, and a continued focus on testing, treatment and condom promotion, we’ll continue to see these encouraging declines.”

The report reveals no declines among heterosexual populations, with new diagnoses relatively stable among this group. Diagnoses attributable to heterosexual sex traditionally make up approximately 20% of HIV diagnoses each year, but in the last two years this has increased to one quarter, because of reductions among men who have sex with men.

Similarly, there have been no declines in HIV diagnoses among Aboriginal and Torres Strait Islander populations.

Associate Professor James Ward, who heads up the Infectious Diseases Research Program – Aboriginal Health at the South Australian Institute for Health and Medical Research, believes we need to do more to address these inequities.

“We need targeted, culturally appropriate, community focussed campaigns to increase testing and treatment and PrEP and we need to focus on increasing awareness, both within the community and among healthcare providers,” said Associate Professor Ward.

The latest figures were released in the Kirby Institute’s National HIV Quarterly Report, a new report which provides a timely quarterly summary of the numbers of newly diagnosed cases of HIV notified to the National HIV Registry. A more detailed analysis of the 2018 HIV notification data will be presented in November in the 2019 Annual Surveillance Report on HIV, viral hepatitis and sexually transmissible infections.

“While this quarterly report provides a helpful snapshot of HIV numbers in Australia, we need to look to the full report for a more detailed analysis of the data and to develop a more complete understanding of these numbers and their implications, particularly among different populations,” said Professor Guy.

How do we effectively teach sexual consent?