Forty years after the first case of AIDS was described in the United States, the number of people diagnosed with HIV in Australia is at an all-time low. 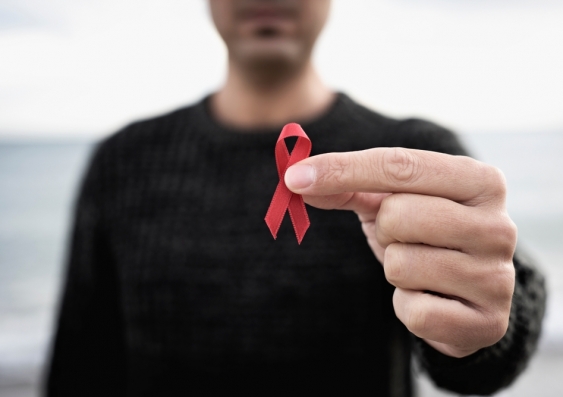 While the researchers expected HIV diagnoses to continue on a downward trajectory, the decline has almost certainly been influenced by the COVID-19 pandemic. Photo: Shutterstock

Across Australia, there were 633 new diagnoses of HIV in 2020, a decline of 30 per cent since 2019, according to new data released today on World AIDS Day by the Kirby Institute at UNSW Sydney.

While the reductions are encouraging and reinforce a downward trend over the past six years, experts warn that the numbers need to be interpreted with caution, as COVID-19 and related restrictions are likely to have driven behaviour change.

“The number of new HIV cases each year has been declining in Australia since 2015, thanks to a combination of prevention measures, including sustained community-led responses, increased testing and treatment strategies and high uptake of the HIV prevention medication PrEP,” says Dr Skye McGregor, an epidemiologist and head of the Surveillance Innovation Group at the Kirby Institute.

“While we expected HIV diagnoses to continue on a downward trajectory, a decline of this magnitude has almost certainly been influenced by the COVID-19 pandemic. With COVID-19 social restrictions in place, people have been having less sex, and were less likely to go and get tested. There has also been less travel in and out of Australia.

“Nevertheless, these low numbers are good news and should be celebrated. We have a real opportunity and responsibility to seize this moment to refocus our efforts and to ensure widespread and equitable access to effective prevention strategies. We should be aiming to drive these numbers even lower as people emerge from the pandemic.”

In 2020, two thirds of new cases (67 per cent) were attributed to sex between gay and bisexual men - the population most impacted by HIV in Australia. A quarter (24 per cent) were attributed to heterosexual sex. The remaining small numbers were attributable to injecting drug use and other exposures. The low numbers in this population reflect the availability and uptake of needle and syringe programs. Effective prevention programs have also helped sustain low rates among sex workers.

“There have been huge reductions in HIV diagnoses among gay and bisexual men – from 765 in 2016 down to 426 in 2020. This success has meant that each year, a greater proportion of new HIV cases are attributed to heterosexual sex – even though the numbers have remained more or less stable among this group. Future HIV prevention strategies will need to consider these changes and include more targeted approaches, so that we can see reductions across the board,” says Dr McGregor.

“As restrictions lift, we head into the holiday season with international travel possible again, and people resume their pre-pandemic sexual activity, it’s important to remember that HIV is still a risk, and prevention, testing and treatment are priorities.”

Nearly half (44 per cent) of people who were diagnosed with HIV in 2020 were considered ‘late diagnoses’, meaning that they had been living with the infection for four or more years without knowing it, and have missed the opportunity to be on highly effective life-saving treatment sooner.

“We know from looking at data from sexual health clinics that testing went down by 32 per cent in 2020, with COVID-19 social restrictions and lockdowns preventing many people from getting tested,” says Dr McGregor.

“These late diagnoses numbers are a timely reminder that anyone who is sexually active should have regular sexual health check-ups. Remembering that for HIV and syphilis a blood test is required – it’s important to ask for a comprehensive sexual health screening.”

Chief Executive of AFAO (Australian Federation of AIDS Organisations), Adjunct Professor Darryl O’Donnell, says Australia is a global leader in HIV prevention, but that we need to push harder if we are to eliminate HIV transmission.

“This is entirely achievable with political will and investment. It will deliver a remarkable health achievement while also saving taxpayers billions of dollars in long-term costs,” he says.

Pandemic did not impact HIV treatment

Treatment coverage and viral suppression remained high and stable in 2020, despite the pandemic forcing a shift in how people living with HIV access healthcare.

Dr John Rule, Senior Research Manager, NAPWHA (National Association of People with HIV Australia), says “thankfully, for people living with HIV in Australia, the COVID-19 pandemic has not impacted treatment supply, access and adherence, although COVID impacts on quality of life remain to be seen. We would hope that for people living with HIV, ongoing connection to care is sustained and maintained. This will ensure that HIV positive people continue their important role in prevention through staying in care and on HIV treatments”.

There were 18 new HIV diagnoses in Aboriginal and/or Torres Strait Islander people in 2020, representing a 28 per cent reduction since 2019 - but with small numbers, caution needs to be taken in interpreting this.

“While the declines are welcome, sustained and culturally appropriate prevention efforts are needed to eliminate HIV in our communities. It is especially important that these programs are maintained alongside COVID-19 prevention programs,” says Robert Monaghan, Manager of Aboriginal and Torres Strait Islander Health Research and Education at the Kirby Institute.

Declines in testing, but treatment and prevention among gay and bisexual men sustained

Despite a decline in HIV testing between January and December 2020, most likely linked to decreased sexual activity and the COVID-19 pandemic, it is encouraging that use of the HIV prevention medication PrEP increased again over the same period, despite an initial reduction.

“It is very understandable that with reduced sexual activity and lockdowns, gay and bisexual men tested less, but it is now time to ensure access to wide-ranging testing options to support a return to timely and frequent testing,” says Dr Benjamin Bavinton from the HIV Epidemiology and Prevention Program at the Kirby Institute.

“Gay and bisexual men have been proactively protecting themselves and their community from HIV for decades and the reductions in HIV diagnoses are testament to this.”