The Kirby Institute has been a key player in NSW’s partnership response to HIV, which has reached a historic milestone. 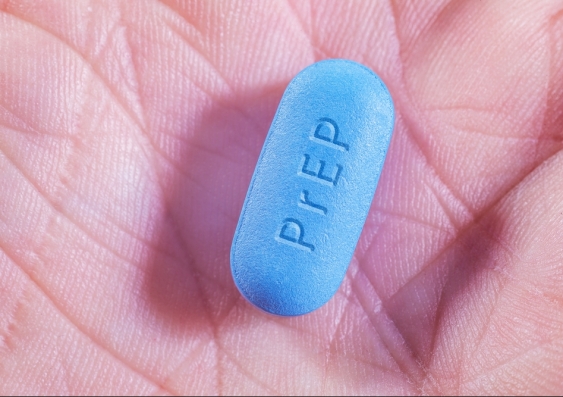 NSW Health has today announced a rapid and dramatic decline in HIV infections in New South Wales. The number of people diagnosed with HIV in the first half of 2017 is the lowest on record for any January to June period since the beginning of the HIV epidemic in NSW.

The Kirby Institute has been a key player in NSW’s partnership response to HIV and is running EPIC-NSW, the NSW trial of the pre-exposure prophylaxis known as PrEP.

"The rapid rate of decline in HIV diagnoses in NSW in 2016-2017 is unprecedented internationally, and can be attributed to high uptake of a combination of HIV prevention strategies and, in particular, to the rapid scale-up of targeted PrEP implementation commencing in March 2016 through the EPIC-NSW study," Professor Cooper said.

NSW was the first state in Australia to trial implementing PrEP at scale, and there are currently more than 6700 people at high risk of HIV taking part in EPIC-NSW. The study provides HIV negative people at high risk of HIV with a medication called pre-exposure prophylaxis, or PrEP. When taken daily, PrEP prevents HIV negative people from acquiring HIV.

"The strategy behind the EPIC-NSW trial was the rapid and targeted rollout of pre-exposure prophylaxis (PrEP) in the community," said Professor Cooper. "In close collaboration with our key partners at NSW Health, ACON and private and public clinics across the state, we have successfully targeted the thousands of people in the state at high risk of HIV, and the figures released today are confirmation that this strategy works.

"We are seeing a rapid decline in new HIV infections, particularly among gay and bisexual men, the main population targeted by EPIC-NSW. The number of gay and bisexual men diagnosed with HIV within 12 months of infection in the first half of 2017 is 39 per cent lower than the same period of time over the past six years, and is the lowest on record since 1985.

"We are extremely fortunate in NSW to have government, clinicians, community and researchers working together towards a variety of HIV prevention strategies including increased testing, improving treatment uptake and providing access to PrEP. Thanks to these partnerships and strategies, evidence-based policy, and a strong response from the community, NSW is on track to virtually eliminate HIV transmission by 2020."

PrEP was approved by the Therapeutic Goods Administration for use in Australia in June 2016, but due to cost, most people in Australia can access PrEP only through research trials. On Friday, the Pharmaceutical Benefits Advisory Committee (PBAC) deferred its decision to place PrEP on the Pharmaceutical Benefits Scheme (PBS), citing high costs of the therapy and the need for further information about the cost-effectiveness modelling.

"We are working closely with PBAC to provide further information on the cost benefit of PrEP in Australia, and are hopeful to see PrEP on the PBS in the near future."