An urgent revision of HIV prevention practices is required in Australia, warn the authors of an annual report of trends in behavior. 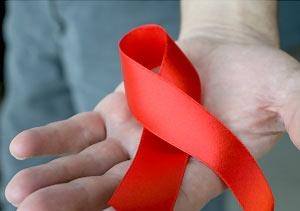 Trends in the sexual practices of gay men in Australia show that HIV prevention remains firmly embedded in gay communities. However, to curb the epidemic and start driving down numbers of new infections, “a re-invigoration of prevention approaches is now needed for Australia to continue its role as global leader in the HIV response,” says Professor John de Wit, lead editor of the Annual Report of Trends in Behaviour 2012 (ARTB 2012).

The report draws on behavioural surveillance and research undertaken by the National Centre in HIV Social Research (NCHSR) at the University of New South Wales (UNSW). The ARTB 2012 addresses changes in behaviour over time and identifies key emerging issues to deepen understanding of epidemiological trends and inform effective responses.

“It remains critical to continue to invest in effective programs and campaigns to reinforce condom use and inform men of the appropriate use of other sexual risk reduction practices, such as limiting condomless sex to partners of the same HIV status,” said Professor de Wit.

The GCPS also shows that almost 90% of gay men have tested for HIV in their lifetime and 60% of HIV-negative gay men had tested in the past 12 months.

“Strengthening HIV testing facilities in community locations and the use of testing technologies that provide rapid results will be critical to further promote regular HIV testing, as is addressing the stigma that continues to be related to HIV, including in the gay community,” he said.

The proportion of HIV-positive men in the GCPS nationally who were on combination antiretroviral treatment has slightly increased over the past decade from 66.2% in 2002 to 71.8% in 2011.

The proportion of HIV-positive participants reporting undetectable levels of virus in their blood has increased markedly from 52.6% in 2003 to 72.2% in 2011. Undetectable viral load that results from effective treatment indicates reduced infectiousness, but an online survey among gay men across Australia found that HIV-positive and HIV-negative men are sceptical about the preventive effects of HIV treatment.

The Annual Report of Trends in Behaviour 2012 will be released by UNSW’s National Centre in HIV Social Research at the Australasian HIV/AIDS Conference 2012, Melbourne Convention and Exhibition Centre, Rooms 219 and 220. http://hivaidsconference.com.au/