New HIV notifications in the non-Indigenous population have stabilised while rates among Aboriginal and Torres Strait Islander men have doubled over the past five years, according to new research. 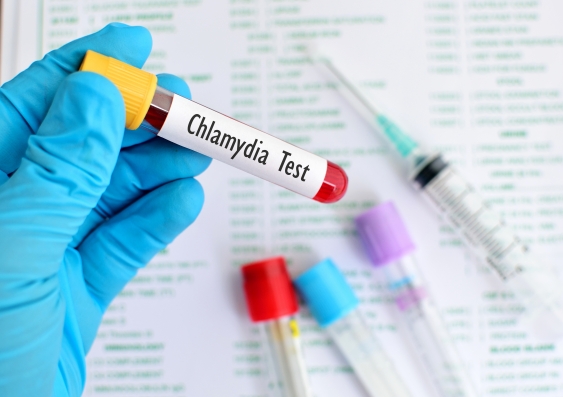 At the end of 2015, there were an estimated 260 000 new cases of chlamydia in 15–29 year olds. The vast majority (72%) of new infections in young people are undiagnosed and therefore untreated. Photo: Shutterstock.

New HIV notifications in Australia have remained stable over the past four years, following a steady increase since 1999, according to the 2016 Australian Annual Surveillance Report into sexually transmissible infections and blood borne viruses, released by UNSW's Kirby Institute.

There has been an expansion in the delivery of key HIV services in Australia, resulting in a 27% increase in the frequency of HIV testing over the last five years and a 45% increase in treatment coverage for those diagnosed with HIV in the past decade. More than 90% of people living with HIV and taking antiretroviral treatment now have virus levels that are below detection limits. This means they are likely to remain well and extremely unlikely to transmit HIV to another person.

The high rates of undiagnosed chlamydia highlight the need for testing to be routinely offered to sexually active adolescents, young adults and their partners.

“We can be very pleased with these results, however in order to achieve the 2020 elimination goals agreed to by health authorities around the world, we must continue to enhance our prevention programs and increase access to new technologies such as home testing kits and preventive drug therapies like PrEP (pre-exposure prophylaxis),” said Associate Professor Rebecca Guy from the Kirby Institute.

“These increases highlight the importance of a strengthened focus on HIV prevention, including harm reduction initiatives, such as greater access to clean needles and syringes and drug dependency treatment for people who inject drugs, and targeted campaigns for the community focused on testing, treatment and PrEP in this vulnerable population,” said Associate Professor James Ward from the South Australian Health and Medical Research Institute.

The report also provides an update on sexually transmissible infections in Australia.

At the end of 2015, there were an estimated 260,000 new cases of chlamydia in 15–29 year olds, which means approximately one in 20 young people in Australia had chlamydia last year. The vast majority (72%) of new infections in young people are undiagnosed and therefore untreated.

“While there has actually been an encouraging decline in the chlamydia notification rate among 15-19 year olds, the high rates of undiagnosed chlamydia highlight the need for testing to be routinely offered to sexually active adolescents, young adults and their partners,” said Associate Professor Guy.

There were 18,588 notifications of gonorrhoea in 2015, predominantly in men who have sex with men and young Aboriginal and Torres Strait Islander people in remote areas of Australia.

Over the last 10 years rates of gonorrhoea diagnosis have almost doubled, primarily due to an increase in testing. The rise may also relate to increases in condom-less sex among men who have sex with men, linked to the greater availability and awareness of highly effective HIV prevention strategies.

“These findings remind us that we must not lose sight of STI prevention, particularly regular testing and treatment,” said Associate Professor Guy.

Overall, Aboriginal and Torres Strait Islander people continue to experience a disproportionate burden of disease with rates of chlamydia, gonorrhoea and infectious syphilis (three, 10 and six times respectively) greater than the non-Indigenous population in 2015, with even more substantial differences in remote and very remote areas.

In contrast, over the past nine years there has been a 91% reduction in genital warts in young Aboriginal and Torres Strait Islander females aged less than 21 years, due to the introduction of vaccine programs to adolescents in school. Genital warts were previously a very common sexually transmitted infection caused by the human papillomavirus, but can now be prevented by the same vaccination given to adolescents in schools that is used to prevent cervical cancer.

The reports were released alongside the Annual Report of Trends in Behaviour 2016 by UNSW’s Centre for Social Research in Health. The report presents data from a selection of behavioural and social research conducted by the Centre and focuses in particular on studies assessing trends over time or addressing emerging issues.