Proposals in NSW to force someone who spits at or bites a frontline worker to be tested for HIV and other blood-borne viruses are a real problem - for workers and the public. 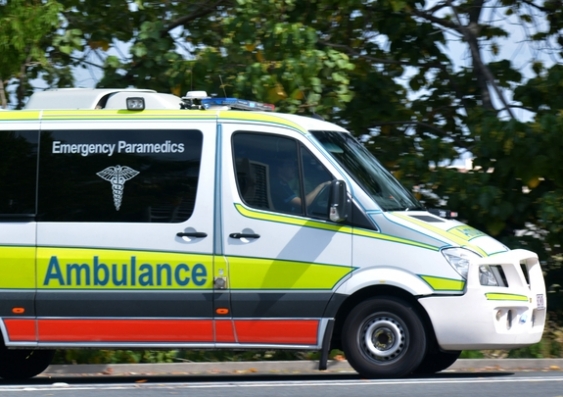 NSW has proposed legislation which gives authorities the power to test a person for HIV, hepatitis B or hepatitis C if they have deliberately exposed a front-line worker to their body fluids. Image from Shutterstock

People who expose a police officer or emergency worker to body fluids would be compelled to have their blood tested for HIV, hepatitis B and hepatitis C, under a proposed law in NSW.

But this law isn’t needed to protect first responders. We already have evidence-based protocols that are working well to protect them from blood-borne infections.

Rather, the proposed law is a political reaction to a problem that doesn’t need fixing. It is also not supported by scientific evidence or Australian government policy on HIV testing.

What is NSW proposing?

In November last year, the NSW government proposed legislation which gives authorities the power to test a person for HIV, hepatitis B or hepatitis C if they have deliberately exposed a front-line worker to their body fluids (saliva or blood).

Examples might be if a person bites a police officer restraining them during an arrest or protest; someone biting or scratching a youth justice or corrections officer; or a person behaving unpredictably, exposing ambulance officers to their body fluids.

The mandatory testing order would come from senior officers within the worker’s own agency. If the person does not comply, they can be forced to do so. They have 48 hours to appeal to the NSW chief health officer. Anyone who refuses a mandatory testing order will be committing an offence, with a maximum 12 months prison term or an A$11,000 fine, or both.

Is this happening elsewhere?

Five states have legislation that allows mandatory testing, according to a report by the National Association of People Living with HIV.

The proposed NSW model is closest to the one Western Australia introduced in 2014, where police can order testing. This resulted in 377 testing orders in the first four years.

In contrast, in Victoria the chief health officer has the power to order a test or issue a public health order to enforce it if necessary. In those same four years, not a single person was ordered to be tested.

What’s the risk of transmission anyway?

Outside of sexual transmission, HIV is transmitted through blood. Police and corrections officers are far less likely to be exposed to a blood-borne virus than hospital workers. When exposure does occur, it tends to be less serious.

There does not appear to be any recorded case of an Australian police officer being infected with HIV in the course of their duties.

Rates of HIV infection in the community are dropping anyway. Around 0.1% of the Australian population is living with HIV. The vast majority are on effective treatment which reduces transmission to zero. By 2022, Australia’s aiming for virtual elimination. 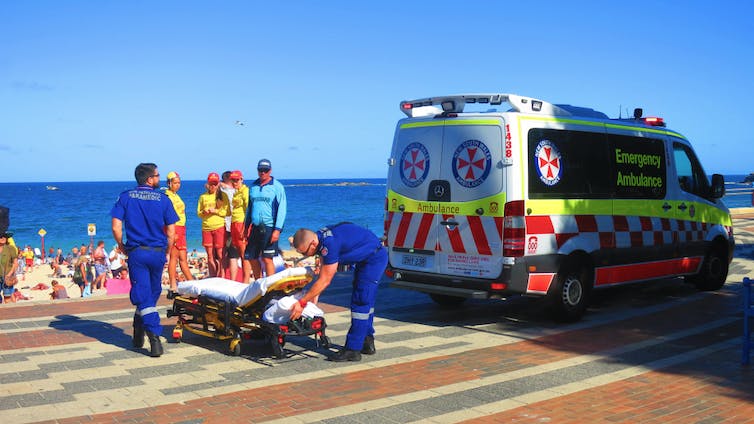 The chance of front-line workers contracting HIV at work are almost zero. Shutterstock

As hepatitis C and HIV are blood-borne viruses, saliva alone cannot transmit them. Sometimes, the mouth can be contaminated with blood, particularly if there has been traumatic injury. But contact between bloody saliva and intact skin does not transmit hepatitis C or HIV.

A 2018 study bringing together more than 30 years of studies in HIV transmission concluded:

There is no risk of transmitting HIV through spitting, and the risk through biting is negligible.

A similar 2018 study looked at the risk of hepatitis C transmission and concluded the risk “appears to be very low”.

Of the blood-borne viruses, hepatitis B, the most transmissible of these viruses, is completely preventable through a vaccine all front-line workers receive.

In NSW and nationally, if someone is exposed to another person’s body fluids at work, they are assessed by health care workers in their agency.

The nature of the exposure, the possibility the other person could have a blood-borne virus (or if known, whether they are infected) and the resulting risk are considered when evaluating both the injury and the need for testing. If needed, they are tested according to policies informed by scientific evidence.

But the overwhelming majority of injuries, including bites, do not carry a risk of transmision. 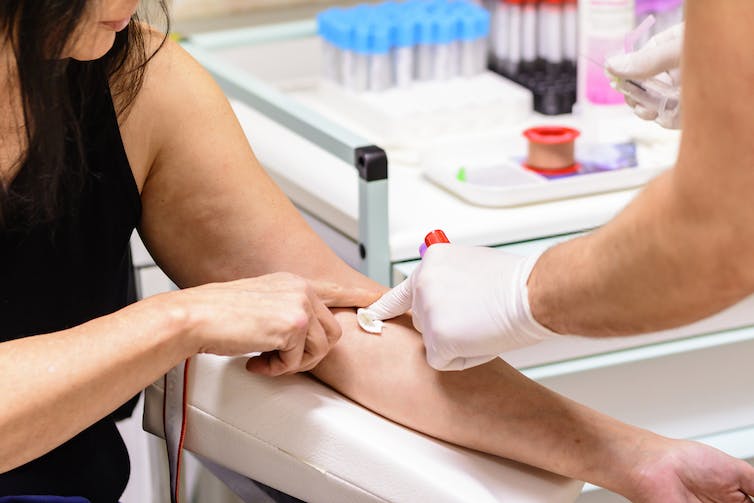 We already have evidence-based protocols to decide who needs testing for blood-borne viruses. Shutterstock

In the rare scenario, where the risk of HIV infection cannot be ruled out, the worker may be offered medications to prevent infection, and follow-up blood tests. These medications dramatically reduce risk of transmission but must be taken within 72 hours of the exposure.

Workers potentially exposed to hepatitis C can be monitored for infection, and given medications with near 100% cure rate if required.

So current measures are more than adequate to deal with all situations a police officer or other front-line worker will confront, and have been so since these issues were first addressed in the early 1990s.

Compulsory testing could cause harm

Front-line workers deserve our support and protection. But if these workers feel anxiety or distress related to their risk of contracting blood-borne viruses then their health services must more adequately reassure them.

New measures won’t help reduce their already low risk of transmission and therefore don’t provide any additional reassurance. Focussing on getting the other person tested might increase their anxiety when the risk is negligible, irrespective of the person’s status.

In the rare higher risk situations, perhaps an ambulance officer injured while at a car accident where there is massive blood loss, the risk of a blood-borne infection needs to be assessed and preventive medicine offered. Delaying this assessment while waiting for the results of compulsory testing has the real potential to harm the worker.