Opinion Is the honeymoon over for personalised cancer medicine?

For more than a decade now, we have been promised that genetic knowledge would personalise our health care. Support for this future vision has been unwavering, despite its slow progress, writes Robyn Ward. 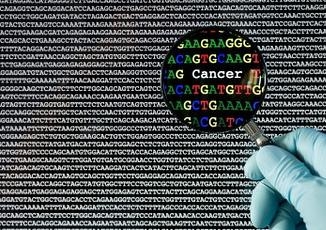 OPINION: For more than a decade now, we have been promised that genetic knowledge would personalise our health care. The media has told us that this information will be our own medical crystal ball, and if we fail to adhere to personalised disease prevention plans we can receive targeted medicines to treat our disease. Support for this future vision of personalised medicine has been unwavering, despite its reported slow progress.

This persistent support reflects a widespread and mutually sustaining enthusiasm for the concept of health care informed by human genomics. However, such enthusiasm is not always warranted. In 2012, the Institute of Medicine, which is part of the United States’ National Academy of Sciences, published a report that included a review of clinical trials of “omics-based” tests being carried out at Duke University. The term “omics” describes fields of study of biological molecules such as proteins (proteomics), DNA (genomics) and RNAs (transcriptomics). It was shown that flawed gene expression tests were being used to inform chemotherapy decisions for patients with lung and breast cancer.

Strikingly, the researchers claimed clinical usefulness for their tests on timescales much shorter than the usual decades between discovery and scientific validation, and their bold claims were published in high-impact journals like Nature Medicine and the New England Journal of Medicine. However, criticism of the Duke researchers was eventually heeded, the papers were retracted, the clinical trials ceased, and investigations of scientific misconduct began. Further analysis suggested that the problems were more pervasive, and represented a multisystem failure involving researchers, editors, funders, advocates and others.

To a real extent, the widespread acceptance of the promise of personalised medicine was important to this case, with genomic science portrayed as technical wizardry, and genetic change equivalent to disease or risk. Added to this heady mix was the life-threatening problem of cancer. Thankfully, recognition of the circumstances of this case has served to emphasise how central good scientific practice is to the development and application of genomic tests, and for the need for genomic tests to actually improve patient outcomes.

The introduction in the late 1990s of the tyrosine kinase inhibitor imatinib for chronic myeloid leukaemia and the monoclonal antibody trastuzumab for breast cancer marked the first high point for personalised cancer medicine. Based on decades of biological research, both drugs were designed to bind specific targets critical in the development of cancer cells. Their success quickly led to new targeted therapies. Anti-epidermal growth factor receptor (EGFR) antibodies (cetuximab and panitumumab) were developed in the belief that patients whose colorectal cancers overexpressed EGFR would gain selective benefit. Unfortunately, this assumption was not substantiated in initial trials. A subsequent retrospective analysis showed that individuals with KRAS exon 2 mutant tumours (KRAS is a gene involved in cell growth and death, and is frequently mutated in cancer) failed to derive benefit from either antibody and, on this basis, these antibodies are now offered only to patients with KRAS wild (non-mutated) tumours.

While anti-EGFR therapies have ultimately proven successful for researchers, drug companies and patients alike, they demonstrate a recurring paradigm in personalised cancer medicine — targeting through negative selection. This means using molecular tests to eliminate enough people who definitely will not benefit from therapy to enrich the treatment group with those who may benefit. Unfortunately, errors in negative selection can result in inappropriate exposure of some patients to ineffective drugs, and a lost opportunity to receive proven existing therapies.

The complexity of the negative selection paradigm is further demonstrated in new analyses of clinical trials of anti-EGFR antibodies in bowel cancer, as already mentioned. These showed that testing for RAS mutations additional to those at KRAS exon 2 was necessary to identify non-responding patients. The group of patients with other RAS mutations had a significantly poorer survival time when treated with the combination of anti-EGFR antibodies and chemotherapy compared with those who received chemotherapy alone. These and other similar findings have prompted urgent calls for expanded genetic profiling in colorectal cancer, so as to better apply the principle of negative selection, and thus to avoid treatment with anti-EGFR antibodies that would paradoxically reduce survival relative to standard therapy.

The story of anti-EGFR antibodies and colorectal cancer shows that patient outcomes can be worsened despite clever molecular targeting, and that predicting drug responsiveness using gene mutation testing is complex. Variations on this theme have been observed with other tumours and other targeted therapies. They highlight the complexity of cancer biology as a key barrier to the realisation of personalised medicine. Cancer arises through a combination of changes at the genetic, epigenetic, protein and metabolite level. These changes vary within cells of the same tumour and evolve with disease progression. Furthermore, exposures to cancer therapies, including targeted therapies, both augment intratumoral heterogeneity and select for the emergence of drug-resistant clones.

Ultimately, personalised medicine will have a meaningful impact on cancer when it prevents or delays recurrence after resection of the primary tumour. Unfortunately, with the notable exception of trastuzumab for breast cancer, improvements in disease outcome with targeted therapies have not yet been seen in the adjuvant setting. Rather, it is end-stage disease where targeted medicines have, to date, gained most currency and achieved their best outcomes. Yet this end-of-life focus discourages investment in areas where patients and society may well be better served.

Over the past decade, our ability to collect and collate massive genetic datasets has improved steadily, while spectacular technological advances have delivered genomic sequencing on a scale and cost previously unimaginable. Yet while these technical advances facilitate research, they do not in themselves change patient outcomes. Personalised health care will not be delivered by reductionism, but through the judicious integration of genetic data within existing models of patient care that incorporate individual factors such as age and intercurrent illness. In the face of the daunting complexity of human disease, it may be necessary to temper our scientific hubris, stop overpromising, and renew our vows to clinical empiricism and rigorous observation.

This opinion piece first appeared in the Medical Journal of Australia. Go to the website for the references.