French Nobel Laureate Francoise Barré-Sinoussi has been awarded a UNSW honorary doctorate of medicine in recognition of her contribution to HIV/AIDS research. 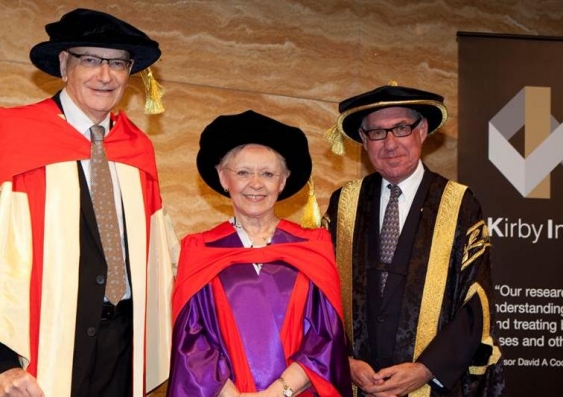 French Nobel Laureate Francoise Barré-Sinoussi has been awarded an honorary doctorate by UNSW in recognition of her contribution to HIV/AIDS research.

Noting her eminent service to the community, UNSW conferred on Professor Barré-Sinoussi the degree of Doctor of Medicine honoris causa, the University’s highest honour.

Professor Barré-Sinoussi is the Director of the Regulation of Retroviral Infections unit at the Institut Pasteur in Paris and has been involved in retrovirology research since the early 1970s.

In accepting the award, she offered her "deep thanks" for the accolade, noting that it could lead to more collaborations between her team and colleagues at the Kirby Institute, particularly in Cambodia, where they both have research interests.

"This means a lot, especially since I have known [Kirby Institute Director] David Cooper since the early 1980s and I know what a lot he has done, he continues to do and will do in the future," she said.

Professor Barré-Sinoussi is at UNSW this week to attend the Kirby Institute’s annual HIV symposium Global challenges in infectious diseases symposium and to mark the Institute’s relocation to new facilities on the UNSW Kensington campus. She will also Chair and address next week’s 20th International AIDS Conference in Melbourne.

Delivering her paper How host response to HIV can make a difference, Professor Barré-Sinoussi told the symposium today that a functional cure for HIV/AIDS is possible and a key could lie with those rare people who display innate immunity to HIV infection and resistance to the onset of AIDS.

In 2008 Professor Barré-Sinoussi was awarded the Nobel Prize for Medicine with a fellow researcher for their part in identifying the human immunodeficiency virus (HIV) as the cause of AIDS.

In 1988, she established her own laboratory at the Institut Pasteur and initiated research programs on viral and host determinants of HIV/AIDS pathogenesis. Between 1988 and 1998, she was also involved in collaborative programs on HIV vaccine research, using primate models.

Along with her extensive research activities, Professor Barré-Sinoussi has been a prominent figure in promoting integration between HIV/AIDS research and actions in resource-limited countries.

She has been committed to building capacity, promoting training and facilitating technology transfers on site in Africa and Asia since the early 1980s.

She is author and co-author of more than 220 original publications and of more than 120 articles in book reviews. She is the current President of the International AIDS Society and has received 10 national or international awards for her significant contributions and research in the field of HIV/AIDS. 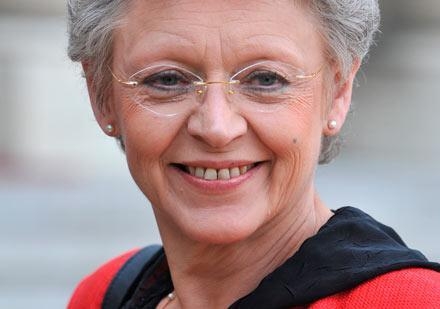 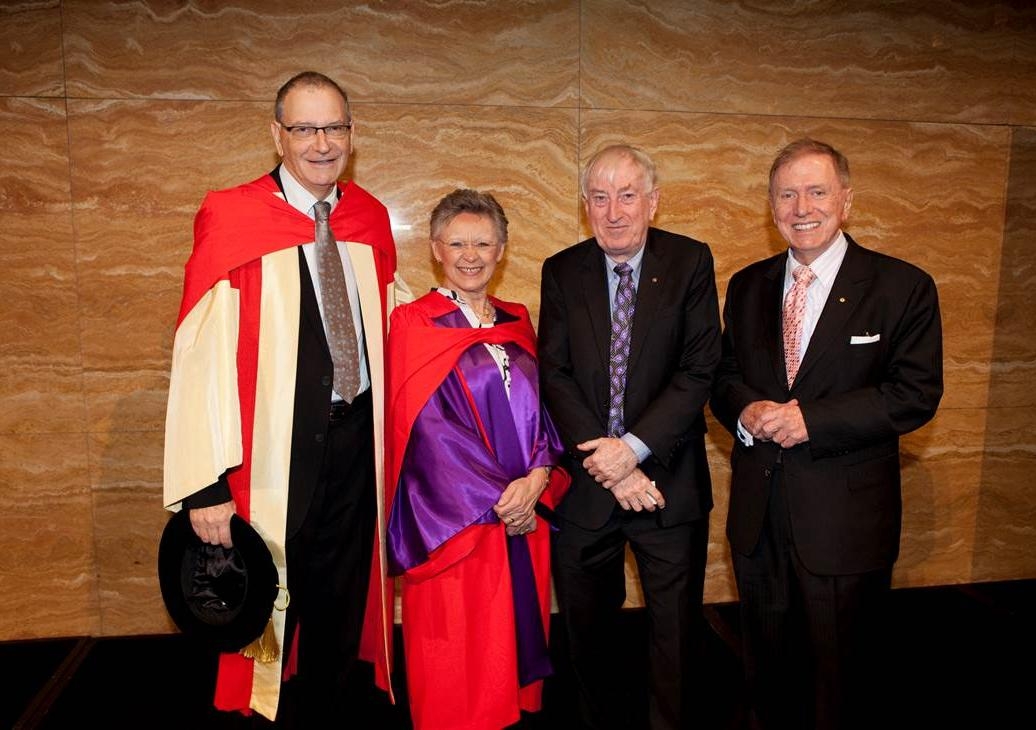