Opinion How the care conveyor belt tortures people back to life

Our health system is geared towards saving lives – even when the person being revived might not want to live, writes Kenneth Hillman. 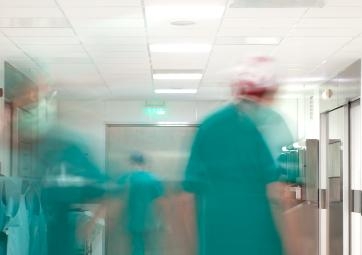 OPINION: ABC’s Four Corners tonight is about a young man who has decided to end his life after 36 years of suffering a debilitating illness. But because euthanasia is illegal in Australia, he has to apply to another country to do it.

The story of this young man is by no means unique. I am an intensive-care physician and I often see people who appear to have rationally considered that death is preferable to life.

I would like to share the story of one such person but will leave you to decide whether what happened was right or wrong.

This is the story of a man who carefully constructed his own death because he could not legally seek assistance and comfort for that process. It must have taken enormous courage and resolve on his part.

Often when older people attempt to take their own life, it has been planned for many months in the face of grief, loneliness and suffering – usually a combination of ill health and having lost a lifelong partner.

When he was found, he was washed, shaven with clean clothes on, and lying neatly on the bed. He had taken about ten times the dose of tablets that would have normally killed an adult. He had also ingested about ten sleeping tablets as he presumably didn’t want to be conscious as the drug killed him.

He began ending his own life on Wednesday and was found on Saturday morning by one of his sons who came by because he hadn’t been answering the phone.

He was still breathing when the paramedics arrived. Resuscitation began – intravenous fluids, drugs to increase his blood pressure and he was put on a respirator.

I first saw his three sons just as he arrived in the intensive care unit where I work. They were understandably distraught. We briefly discussed his medical condition and possible outcomes.

I explained that lying on his back had caused a lot of muscle damage which, in turn, had caused kidney damage – I would have to dialyse him. Then, there were all the other poor prognostic signs.

He needed large doses of drugs to keep his blood pressure up, he was cold and needed rewarming, his blood wasn’t clotting well, he was on a respirator and I had no idea if there had been brain damage.

One of his daughters-in-law said:

I have never seen his room so tidy. He looked elegant in his suit. He had spent time buying these tablets and saving his sleeping pills. He had created an almost fool-proof alibi and had nearly managed to end his life successfully.

Another daughter-in-law explained that he had severe respiratory problems that had been worsening for many years; he could barely walk ten metres without having to stop and catch his breath.

He could no longer drive or do his shopping. He had always valued his independence and now he was dependent on others for most things.

His wife had died in an institution a year earlier after suffering from increasingly severe dementia for many years.

The daughters-in-law were allowed by their husbands to put all this on the table for consideration and discussion. It was clear that his was a carefully planned death. But the plan had failed, he had been found and was now alive, thanks to modern medicine.

The sons were silent, caught in a grief of many sources – their father’s parlous medical state and the possibility of his imminent death; and that they had found him and against his obvious wishes, called the ambulance.

They were now part of a system that was geared up to saving the life of someone who may not have wanted to live. It wasn’t possible for him to have legally planned the end of his life. He had to sneak around and do the best he could with limited knowledge and without his family and friends to be there at the end.

What was my role? I am a doctor in a society where it is illegal to be involved in euthanasia. I had to put my personal beliefs, whatever they may be, to one side and escalate treatment to the best of my ability.

I had to restore life perhaps against the wishes of the patient. Bound by ethics, the laws of our society and the high demands of professional behaviour, my own views and feelings have to be put to one side.

If he recovered, I would refer him for psychiatric evaluation and follow up as he obviously must have been depressed. I would have done my job and acted within the laws of the state, so what was making me feel uneasy?

He was unconscious; he couldn’t refuse the treatment to save his life. Perhaps if he had been found just before he lost consciousness he could have expressed a wish not to be treated or left a note to that effect.

But we probably could have found a way around that too, perhaps assuming that due to the effect of the drugs and his physiological state he may not have been rational. I had to try to save his life even though he may not have wanted that.

After three weeks on a ventilator, supported by dialysis and after having several serious complications, he woke up and after several more weeks in hospital he was ready for discharge.

Despite a caring family willing to fit in with whatever way of life he chose, he kept saying that he would continue to try ending his life.

People who are deemed to be a danger to others or themselves can still be forcibly committed, and this is what happened to the wretched man. He was transferred to a place where his depression could be managed but he did not respond to antidepressant drugs.

And his respiratory function continued to deteriorate until it was so severe that palliative care was sought.

A month after discharge from the hospital where I saw him, he was found hanging in his room. He was no longer a danger to himself.

Kenneth Hilman is Professor of Intensive Care at UNSW.

We need to talk about dying