New research will estimate the proportion of the population who have been infected with COVID-19 - even if they didn’t have symptoms or get a test. 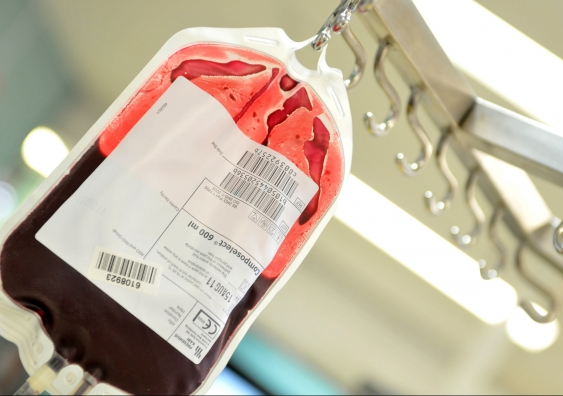 Reporting of positive tests underestimates the true number of COVID-19 cases - serosurveys help us understand by how much. Photo: Australian Red Cross Lifeblood

Australia will soon have its first estimates of how many people contracted COVID-19 during the Omicron wave.

Routine COVID-19 reporting is based on a positive PCR or rapid test result and may exclude people who do not get tested or who are asymptomatic. But now, researchers are examining samples from Australian blood donors for evidence of COVID-19 antibodies, providing a basis to estimate the proportion of the population who have been infected with the virus, even if they didn’t have symptoms or get a test.

This type of COVID-19 monitoring is a called a serosurvey. It is being co-led by the Kirby Institute at UNSW Sydney and the National Centre for Immunisation Research and Surveillance (NCIRS) and will be conducted in collaboration with Australian Red Cross Lifeblood, the Victorian Infectious Diseases Reference Laboratory at the Doherty Institute, NSW Health Pathology ICPMR and Murdoch Children’s Research Institute. The study will establish important relationships and methods so that the surveys can be easily repeated.

“Samples for this survey were taken six weeks after the Omicron peak, which is sufficient for antibodies to have developed in people who were infected during that time,” says Professor Kristine Macartney, Director of NCIRS and Professor at The University of Sydney. “This, and regular future surveys including another planned in children, will mean we will be able to track the impact of changes in the COVID-19 response to better inform heath policy.”

The researchers will test for different types of antibodies to estimate both the extent that the virus had spread in the community and the proportion of the population who have some levels of immunity, either through infection or vaccination.

They will look for a part of the virus called the nucleocapsid, which is only present in someone who has been infected with COVID-19 (this is called natural infection). They will also look for spike antibodies, which are produced by both natural infection and vaccination.

The research team previously conducted a serosurvey following Australia’s first COVID-19 wave and published the results in Open Forum Infectious Diseases. While the study estimated that fewer than 65,000 Australians (one in 400) likely had had COVID-19 following the first wave in 2020, representing less than 0.5 per cent of people sampled in August 2020, the number was still substantially higher than the number of people who tested positive for the virus at the time.

“We know that relying on reporting of positive tests underestimates the true number of COVID-19 cases, particularly since high vaccine coverage has reduced the proportion of cases with symptoms. Serosurveys help us understand by how much,” says Dr Dorothy Machalek, lead investigator on the project from the Kirby Institute.

Serosurveys based on blood donor specimens have been successfully running in many other countries, such as the United States and the United Kingdom for some time, with the data provided informing vaccine strategies and public health policy.

“Blood donors make up around three per cent of the population. Although they cannot be viewed as a random sample of the population, they provide a stable and accessible pool from which to analyse infection prevalence over time,” says Dr Machalek.

The blood donation samples used are being taken from Lifeblood’s blood processing centres across the country and will be delinked from any identifying information apart from age, sex and post code. Individual results will not be provided to blood donors.

This new research is being conducted with support from the Snow Medical Research Foundation and the Australian Partnership for Preparedness Research on Infectious Disease Emergencies. The previous Australian national serosurvey was also supported by those funders, as well as the Australian Government Department of Health.