How maternal diet could change the infant gut microbiome

New UNSW research shows that mothers who eat an unhealthy diet in pregnancy can affect their child's microbiome. 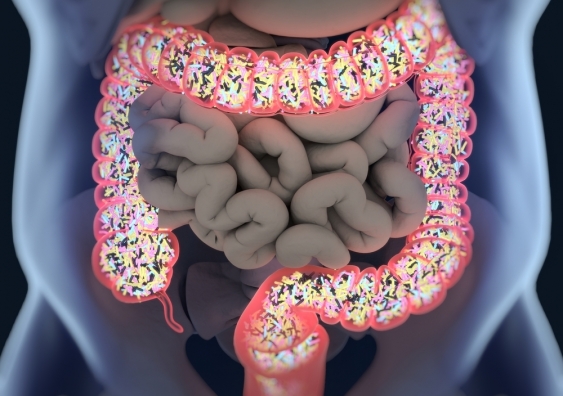 An infant’s microbiome make-up is likely to be due to complex interactions between mode of delivery, antibiotic use, the innate immune system of the infant and maternal diet. Image: Shutterstock

UNSW Sydney researchers presenting at the Developmental Origins of Health and Disease Conference in Sydney this week highlighted evidence that suggest changes to a mother’s microbiome, or gut health, brought on by obesity or a high fat diet during pregnancy can be transferred to the microbiome of her offspring.

A new animal study led by UNSW’s Professor Margaret Morris, Head of Pharmacology from the School of Medical Sciences, suggests extended periods of consuming an unhealthy diet during pregnancy could have a negative effect on the development of the offspring’s microbiome, the bacteria in our gut that is critical to health and wellbeing.

“We know an infant’s microbiome make-up is likely to be due to complex interactions between mode of delivery, antibiotic use and the innate immune system of the infant. But research now shows a high-fat, unhealthy diet can make significant changes to the diversity of gut bacteria in the offspring,” said Professor Morris.

“Changes in the early infant gut microbiome are linked with the development of childhood obesity and autoimmune conditions, including asthma, allergies and, more recently, type 1 diabetes,” said Professor Morris.

The offspring of rats fed a high-fat and high-sugar diet had an increased body weight and fatty tissue at three weeks after birth. Maternal exercise had a beneficial effect on insulin and blood glucose concentrations, with a greater impact on male rats relative to females, however had no major impact on microbial diversity.

“We know that our gut bacteria plays a role in our health, but the exact effects of the microbiome remain somewhat unknown.

“The infant’s microbiome make-up is likely to be due to complex interactions between mode of delivery, antibiotic use and the innate immune system of the infant. Each of these factors is critical in informing microbiome development. Research now also shows high-fat diet can make significant changes to the diversity of gut bacteria in the offspring,” said Professor Morris.

Maternal obesity and diabetes dramatically increases the long-term risk for obesity in the next generation, and pregnancy and lactation may be critical periods at which to aim primary prevention to break the obesity cycle.

“The aim of our current research is to show the influences on infant microbiota colonisation and how the microbiome changes due to maternal diet and obesity and could lead to increased risk of childhood obesity.”

The conference this week featured a number of UNSW researchers, including Scientia Professor Robert Brooks speaking on sex-dependent selection and sexual conflict and human health. Dr Chris Maloney, Dr Virginie Lecomte and Professor Morris were to discuss the effects of paternal obesity, presenting research in animals that points to the father’s diet and weight at the point of conception as critical in determining not only the long-term health of the unborn child, but that of future generations.

The International Society for Developmental Origins of Health and Disease was establised to promote research into the fetal and developmental origins of disease and involves scientists from many backgrounds.

Fat or thin: can the bacteria in our gut affect our eating habits and weight?