Residential drug rehab programs usually last for around eight weeks and include everything from counselling sessions to household chores, which help build connections and support between residents. 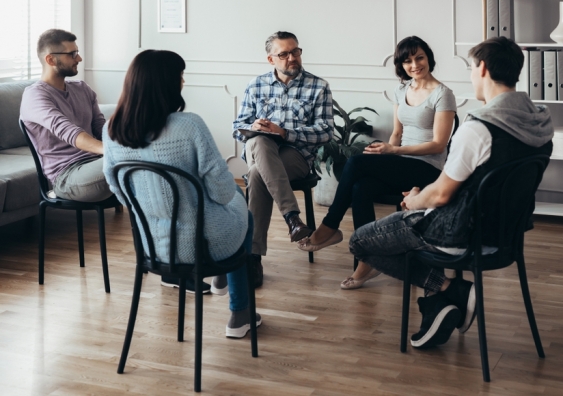 Living in a group environment is part of learning how to manage without using drugs. Image from Shutterstock

Around 16,700 Australians stay in residential rehabilitation centres each year, most commonly for problems with alcohol, amphetamines and opiates.

Rehab is a structured, drug- and alcohol-free environment. Residents participate in the same daily and weekly routines and activities, including educational and therapeutic groups and individual counselling sessions. Household chores, cooking, exercise, education and recreational activities fill the time.

Some rehabs have as few as 12 residents at one time, others have as many as 60. Programs last from six weeks to 18 months, with eight weeks the average in Australia.

Our recent study of 12 rehab residents in Australia found the safe, structured environment and the support of others going through the same experience were key to helping residents change their thinking about drug and alcohol use.

We asked people what program elements they thought were important. They most often talked about the safe environment, structured routines and staff support. As one woman explained, “I love my room, it’s my space. I am safe there.”

Living in a group environment with strangers while fighting mood swings and cravings is tough. The staff maintained the routines and monitored the group dynamics but they also responded to individual needs for support:

I’ve had down days and they’re (staff) pretty quick to pick it up. I’m not the sort of person that likes to talk about emotions and let it out, but they’re pretty quick. The times I’ve been down, they pick it up pretty quick.

Living in a group environment is part of learning how to manage without using drugs. Critical changes that study participants attributed to the program were about dealing with their own and others’ emotions:

A new way of living

Most participants described the shared experience of everyday life without drugs or alcohol for an extended period as particularly important. One woman said:

we’d sit around laughing our heads off and actually we’d say we’ve probably never laughed so much in our lives. We were just sitting around with no alcohol, no drugs and just making do with what we’ve got.

For many, that change was unexpected:

There was no drugs or alcohol involved and pretty much the first time since I was a young teenager, I realised you can be happy. I don’t know. It was just a bit of a change in life.

Rehab programs are not usually designed around a specific type of drug or individual. The same therapies are applied to everyone.

The group content used in the rehab we studied included health and well-being education and psychological therapies intended to help people deal with triggers and make decisions around drug use.

However, the most important thing for most people was a daily, group-based reflection on personal values which helped create a different view of themselves as, say, a mother or friend. As one man said:

so it makes me look at myself, like I’m forgiving and humility, and really looking at me and going, okay, well, I’m not such a crap person, because I’m an addict. I’ve got some good values there.

Fear and anxiety about relapse after leaving rehab were common. People felt vulnerable to resuming drug use despite gains made during the program and their desires to remain substance-free:

I’m getting a bit anxious, knowing that I’m going. I’ve been here, wrapped in cotton wool for two months, and being released back into the big, wide world, I’m scared that I’m going to relapse.

Few study participants had support to cope in the future. Friends and social groups were limited because past connections usually involved drug use:

That’s going to be the hardest thing for me, seeing old mates and them asking if I want some. That’s the hardest part. You are who you hang around. It’s sad to say, but I’ve started hanging around some pretty ordinary people. You think they’re your friends but they’re not.

Maintaining change after rehab is a challenge and few supports are available.

Relapse rates are high. Most people use drugs in the year after treatment. Between 40% and 60% return to substance dependence.

Several people described being fearful of what would happen when they got there. Others described conflicts between residents and lack of contact with children as challenges they faced.

Cost can also be an issue. The centre we studied charged A$240 a week for all facilities including therapeutic programs. But private rehabs are also available and can cost as much as A$30,000 a month.

Rehab fills the day and provides intensive support for people but that doesn’t exist when they go home.

Community support programs like counselling, employment and drug-free social and recreational programs, which bring safe family members and friends back into the picture, could reduce relapse.