How well could Australia respond to a public health emergency?

Australia may be ill-equipped to protect its citizens in a pandemic or similar public health emergency, according to one of Australia’s most experienced public health experts. 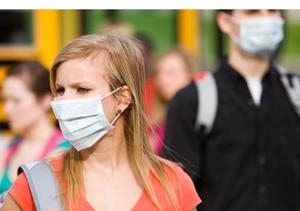 Australia may be ill-equipped to protect its citizens in a pandemic or similar public health emergency, according to one of Australia’s most experienced public health experts.

Epidemiologist, Professor Tony Adams – a former Chief Medical Officer of Australia – says Australia has neither enough specialist medical personnel nor the national co-ordination essential to confront a serious new threat to public health, such as a fast moving, contagious pathogen.

Professor Adams, who was Chief Health Officer of NSW when the first cases of AIDS were identified, was a keynote speaker at the Field Epidemiology in a Changing World seminar at the University of New South Wales on Friday, May 18th.

He argued that Australia needs to boost the ranks of its public health “disease detectives” and have a more coordinated national approach, based on the “best practice” approach of the United States’ Centres for Disease Control and Prevention (CDC).

“Australia’s health and medical fraternity is world class, but in epidemiology we are punching below our weight,” he said.

“We need ‘frontline’ experts and a sizeable team of ‘reserves’ to call on. Public health emergencies are often like tsunamis; totally unexpected and devastating in their effect. We should, and can be, better prepared”.

Visiting Director of the CDC’s Epidemic Intelligence Service, Dr Douglas Hamilton, also addressed the seminar, and outlined how the US has developed its public health response capability since the 1950s, in response to the Cold War threat of biological warfare.

Fighting an outbreak of complacency