Opinion Ice epidemic or not, heavier use and higher purity is increasing harms

The trend toward smoking ice is associated with elevated levels of psychosis, violence, and cardiovascular problems. Any comprehensive response must include treatment progams targeted at these problems,    write Michael Farrell and Rebecca McKetin. 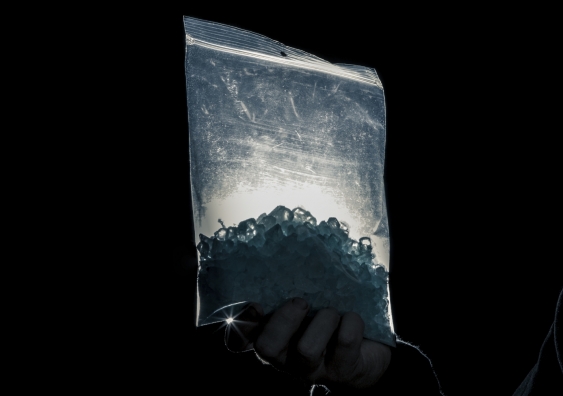 OPINION: Much media attention is being given to the rising toll of methamphetamine-related harm in Australia, fuelled by the increased availability and use of high purity crystalline methamphetamine (crystal meth or ice).

Unlike other forms of methamphetamine available in Australia (speed or base), ice (crystalline methamphetamine or crystal meth) can be smoked. This gives a rapid drug effect because it gets into both the bloodstream and the brain quite quickly.

Coupled with the already very high purity of the drug, this trend of smoking ice has been associated with a marked increase in methamphetamine-related health and social problems.

Available data show a trend toward people using the drug more frequently, with more people becoming dependent and needing treatment, ending up in hospital or dying from using methamphetamine.

Methamphetamine-related harms arise from both the pharmacological effects of the drug and from the linked behavioural and lifestyle factors. Most of the serious harms occur with injecting and smoking the drug, which are also associated with heavier use patterns and a higher likelihood of dependence.

Three serious harms related to the use of methamphetamine are the elevated risk of psychosis, violence, and cardiovascular problems.

Psychosis: heavy methamphetamine use increases the risk of psychotic symptoms beyond any family history of psychosis risk. These symptoms include hallucinations and paranoia, which are usually transient and subside when people stop taking the drug.

But the risk of symptoms is made worse by use of other substances, and other risk factors for psychosis such as family history, cannabis and alcohol use.

Violence: three key factors underpin violent behaviour among people who use methamphetamine, including a personality predisposed to violence, contextual factors such as involvement in the illicit drug market, and the pharmacological effects of the drug itself.

In terms of pharmacological effects, chronic heavy methamphetamine use can change the brain chemistry involved in controlling emotions. And this can increase the risk of aggression, while being high can produce a fight-or-flight type response, leading to violent behaviour in threatening situations.

Cardiovascular risks: methamphetamine increases heart rate and blood pressure, which increases the risk of stroke and heart attacks. The danger increases very significantly with age, but young people using the drug can also have a stroke and other cardiovascular problems that would not normally occur until later in life.

Methamphetamine is also associated with a variety of other health and social concerns that usually result from a combination of the drug’s pharmacological effects and linked lifestyle factors.

Acute methamphetamine intoxication staves off sleep and reduces hunger, for instance, meaning sleep deprivation and poor nutrition are common among people who use the drug. Similarly, poor dental hygiene among users combines with the effects of methamphetamine to increase the risk of dental carries and gum disease (“meth mouth”).

These health effects are often compounded by the poverty and chaotic lifestyle that coincide with the development of dependence on the drug.

People who use methamphetamine, particularly people who are dependent on the drug, often also have pre-existing mental health conditions, including major depression, anxiety and conditions associated with psychotic symptoms, such as bipolar disorder and schizophrenia.

Heavy methamphetamine use can exacerbate or precipitate symptoms in people who are vulnerable to these mental health conditions.

The risk of dependence and other harms related to methamphetamine reflects a complex interplay of factors, including the vulnerability of the person who is using the drug, the qualities of the drug consumed, and the setting in which it’s used. A comprehensive response to the use of this drugs needs to target individuals and situations in which these harms are most likely to occur.

Michael Farrell is Professor and Director of the National Drug and Alcohol Research Centre at UNSW.

Rebecca McKetin is Associate Professor at the Australian National University.

Ice causes death in many ways, overdose is just one of them