Producing medicinal cannabis in Tasmania would not only help many Australians in need but also create a new and invaluable industry, writes Dr Alex Wodak. 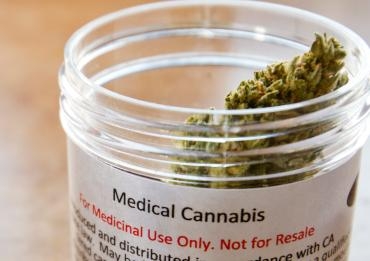 Someone suggested to Professor Grinspoon that cannabis might work. And it did.

His work helped increase interest in medicinal cannabis in the US and other countries.

In 2014 in Australia, a 24-year-old man with terminal bowel cancer, also called Daniel, developed severe nausea and vomiting after chemotherapy only helped by cannabis.

About 20 countries now allow medicinal cannabis to be used to relieve distressing symptoms in a range of serious medical conditions.

Australia used to allow medicinal cannabis to be used but this was stopped some decades ago.

Medicinal cannabis is generally only used when the conventional medicines have not worked or have produced unacceptable side effects.

As far as we know at present, cannabis does not cure any conditions.

Fortunately, the Europeans have been carrying out research on medicinal cannabis.

Researchers pay the greatest attention to (controlled) studies where an experimental drug is given to one group while the control group only gets standard treatment – 82 favourable controlled studies have been published (in half a dozen medical conditions) while only nine unfavourable studies have been reported.

This is quite impressive evidence. In these and other studies, the side effects of medicinal cannabis were relatively minor.

The main conditions shown to benefit from cannabis include persistent nausea and vomiting after cancer chemotherapy, severe weight loss from cancer or AIDS, severe chronic non-cancer pain (especially if due to nerve damage) and stiffness in multiple sclerosis.

A few weeks ago Mike Baird, the New South Wales Premier, suggested he might support a Private Member’s Bill for medicinal cannabis.

So a group of New South Wales MPs is visiting Tasmania this week to investigate the possibility that the island state could supply medicinal cannabis for New South Wales.

Tasmania has a proven track record of securely producing opium poppies for decades.

Access to Tasmania is easy to monitor so this also suggests that the island state would be an ideal supplier. Tasmania’s record as a quality food producer is another advantage.

Recreational cannabis is usually taken by smoking. But this is not the best way to take medicinal cannabis.

Inhaling the vapour produced from gentle heating is the best way of taking medicinal cannabis.

Not much is known scientifically about cannabis taken by swallowing liquid forms of the drug although some advocate this method vigorously.

Sativex is a new pharmaceutical preparation sprayed on the inside of the mouth. But Sativex is only approved in Australia for one condition (stiffness in multiple sclerosis), is unobtainable at present and the likely cost is unaffordable for most ($800 a month).

Ideally, medicinal cannabis should be available nationally. But it is likely to start in only one state or territory before it spreads across the country.

If approved, it is likely to start in a fairly restricted way. Evaluation will then enable policy makers to consider the need for liberalising the conditions.

These days, health policy and practice is increasingly based on evidence. But there is also a case for compassionate consideration in some desperate cases where few or no studies have been carried out.

A compassionate country like Australia should have sorted this out long ago.

The Tasmanian Government has announced that it does not support the establishment of a medicinal cannabis industry in this state, but has not explained why.

Other jurisdictions are now likely to seize this opportunity. Not only will they be helping many Australians in need, they will also create a new and invaluable industry on their hands to support medical research and, vitally, growth and employment.

If Daniel were our son, or brother, or father, would we not also demand medicinal cannabis whatever the law says?

Surely it’s time that we sorted this out so that Daniel can get the relief he needs without having to worry about being a criminal.

Dr Alex Wodak, AM, is a Visiting Fellow at the Kirby Institute, UNSW.

This opinion piece was first published in The Mercury.

HIV: the big picture after the death of Joep Lange