The information in the silence: tapping into the sense of touch

New findings by UNSW neuroscientists represent a whole new way of looking at how our brains make judgements about the environment, and could have applications in telesurgery, prostheses and robotics. 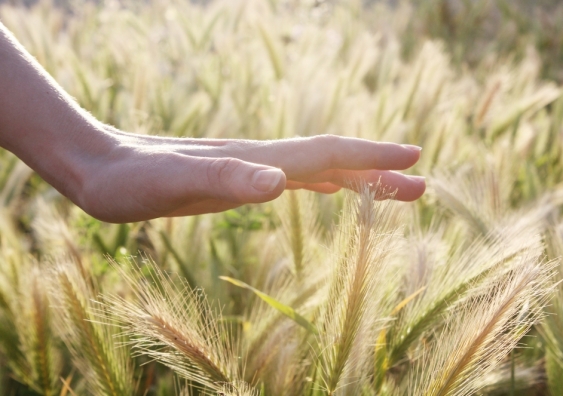 UNSW neuroscientists have discovered a completely new understanding of how the brain deciphers neural inputs, which could transform the next generation of robotic prosthetics.

When our skin scans a surface, everything we feel is conveyed through the nerves by means of electrical impulses, received by neurons in the brain in signals like Morse code.

Neurophysiologists Ingvars Birznieks and Richard Vickery research the sense of touch, and how we can take so much information – like pressure, shape, texture, and vibration – from one signal.

They say their new findings represent a whole new way of looking at how our brains make judgements about the environment, and could have applications in telesurgery, prostheses and robotics.

Seven years ago, the pair began working with a pin array device called an optacon (optical to tactile converter). Designed to stimulate the fingertip, the device has 144 tiny pins which all move very fast. When moved over text, the pins move in synch with the letters, allowing a person with sight to teach a blind person to read.

“A unique unintended feature of this device is that one tap of the pin can generate a single electrical impulse in touch neurons. These impulses are what neurons use to communicate, so we could use it to interrogate the nervous system,” Dr Vickery says.

Dr Birznieks explains that they were now able to send a stream of code with whatever information they wanted.

“We could talk to the brain using its own language and see how it interprets the messages we sent to it. Using this dialogue we were in a position to learn the brain's language or neural code.”

The researchers found the brain uses periods of “quiet” between the impulses to make judgements about the environment, and this flies in the face of the conventional view that says neural activity is the main driver of human perception.

So unexpected was the finding of this new coding strategy, they spent several years trying to disprove it before having the confidence to publish the work to the scientific community.

The paper "Spike timing matters in novel neuronal code involved in vibrotactile frequency perception" has been published online this month in Current Biology.

Dr Birznieks says the work has transformed the understanding of basic principles how our brains encode information.

“We expect this will re-write the textbooks,” he says.

The researchers are exploring the possibility of developing a method to be used to restore a sense of touch in amputees. It is expected that by manipulating timing of electrical impulse generation in the nerve, it will be possible to make people feel varied tactile sensation, that for example, becomes more intense or feels faster.