A new heart transplant technique is reducing waiting lists for patients in Australia and potentially around the world. 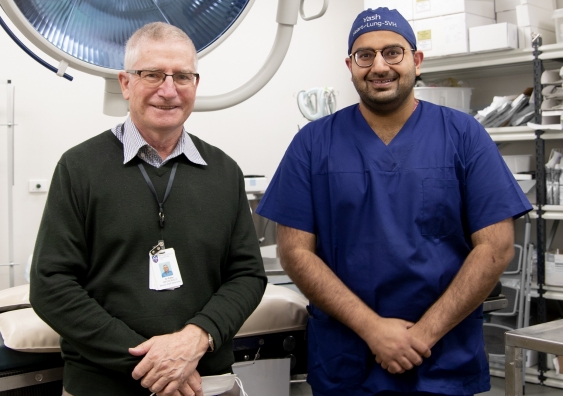 The number of successful heart transplants has soared by a quarter at St Vincent’s Hospital Sydney, since the introduction of technology pioneered by St Vincent’s, the Victor Chang Cardiac Research Institute and UNSW Medicine & Health.

New research published in Transplantation has revealed the technique, which allows surgeons to transplant donor hearts that have stopped beating after death (also known as donation after cardiac death or DCD hearts), has not only reduced waiting lists in Australia but also potentially around the world.

The lead author on the paper, Dr Yashutosh Joshi, is completing his PhD with UNSW Medicine & Health supported by a Heart Foundation PhD Scholarship and is a St Vincent’s cardiothoracic registrar. Dr Joshi says he expects the number of transplants to increase even further after research revealed survival outcomes were just as successful for those who received DCD hearts as those who received hearts from traditional brain-dead donors.

“Previously, donor hearts from a DCD pathway were not able to be used. In the last eight years we have now been able to retrieve these hearts and increase the donor pool which has had a positive impact on our waitlists with more heart transplants being performed than before. That figure will only increase giving hope to patients across the country who are desperately in need of a new heart, sometimes even at death’s door,” he says.

DCD transplants allow hearts to be donated from patients who have died after withdrawal of life support and in whom death is declared only after the heart has stopped beating. This is achieved by using a defined preservation fluid developed in the laboratory and a machine that allows the heart to beat outside the body known as ‘Heart in a Box’ which allows the organ to be reanimated and assessed. Since 2014, 74 DCD transplants have been performed by the team at St Vincent’s. 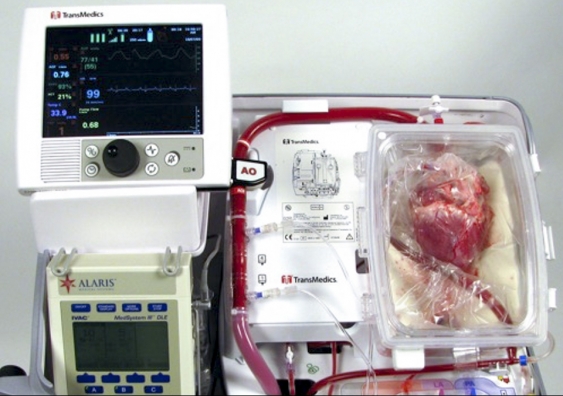 The 'Heart in a Box' machine allows the donor heart to beat outside the body. Photo: Victor Chang Cardiac Research Institute

“Around the world, there are now hundreds of people who have received DCD hearts. Our discovery has been life-changing and lifesaving for so many patients,” says Professor Peter Macdonald at UNSW Medicine & Health, the Victor Chang Cardiac Research Institute and senior cardiologist at St Vincent’s Hospital, who led the team that pioneered DCD heart transplant surgery.

“Since 2014 our team of scientists and surgeons have worked tirelessly to ensure outcomes are every bit as successful with this new technology. Now that this has been achieved and proved, we expect many more heart transplant teams around the world to embrace this technology.”

Initially, it was found that hearts retrieved from DCD donors took a lot longer to recover after transplantation. To begin with around a third of patients had to be placed on a machine similar to heart-lung bypass for a short period of time to allow the newly transplanted heart to recover. However, the team from the Institute and the hospital has since worked out how to better protect DCD hearts during retrieval and transport, drastically reducing the need for this with only a small percentage now requiring temporary bypass.

Going forward, the team is now looking at ways to extend the time hearts can survive without circulation prior to transplantation.

While the team at St Vincent’s Hospital in Sydney is the only one in Australia which can perform DCD transplants, its transplant team travels the country to retrieve suitable donor hearts by using the ‘Heart in a Box’ machine.

DCD Heart transplantation is now being carried out in the US, Spain, Belgium, the Netherlands and the UK, where close to half of all transplants are now with DCD hearts.