A virus is deliberately released inflicting serious illness and death. This is just one scenario to be examined this week during Australia’s first university-based bioterrorism course at UNSW. 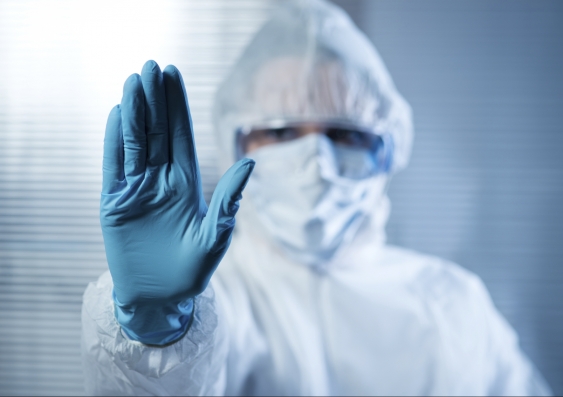 A deadly virus is deliberately released at a major public event inflicting serious illness and death. The scenario is one of a number that will be examined during Australia’s first university-based bioterrorism course this week at UNSW.

The course brings together bioterrorism experts from UNSW, the Australian Army, NSW Police and international bioterrorism and disaster authorities.

Course convenor Professor Raina MacIntyre, Head of the School of Public Health & Community Medicine, says despite the real possibility of a bioterrorist attack, the world remains ill-equipped to deal with the threat of bioterrorism, because the approach to tackling the issue has remained largely unchanged since the Cold War.

"Training, legislation and policy internationally is struggling to keep up with the unprecedented challenges posed by advances in science, leaving populations vulnerable to an attack," says Professor Macintyre.

The possibility that terrorists may have genetically engineered a hybrid of one of traditional pathogens cannot be discounted.

The UNSW Bioterrorism and Health Intelligence course brings together experts from UNSW, Australia’s Defence Science and Technology Organisation, the Australian Army and the NSW Police. They are being joined by international bioterrorism and disaster authorities from the United States – including the FBI – and China, Malaysia and India.

The course will critically evaluate the bioterrorism threats to population health and highlight the new systems and approaches needed to mitigate that threat.

A partly industry-sponsored report released last month by former US Democratic Senator Joe Lieberman and former Homeland Security secretary Tom Ridge, highlighted the lack of preparedness in the United States for a biological attack or epidemic. The United States spends $US6 billion a year on biodefence.

Professor MacIntyre says Australia's upgraded counter-terrorism laws have tended to focus on aspects such as foreign incursions and control orders, with less of a focus on bioterrorism, which is arguably just as important.

“Current legal frameworks mean it can take years to prosecute a rogue scientist doing unauthorised experiments, but smallpox or pandemic influenza can spread around the world in weeks. Our laws need to be revised to protect the public interest,” Professor MacIntyre says.

“In addition, methods for engineering new viruses are now publicly available on the internet.

“The possibility that terrorists may have genetically engineered a hybrid of one of these traditional pathogens cannot be discounted and is something that we need to be better prepared for,” Professor MacIntyre says.

Course co-convenor, Dr David Muscatello, an expert in the spread of influenza, says the genetic engineering of pathogens is now a reality due to the rapid international acceleration of dual-use research of concern (DURC), which is research intended for good that may also be used to cause harm to humans.

The polarising study, published in the Cell Host & Microbe journal, investigated the possibility of a pandemic influenza virus emerging from the pool of influenza viruses circulating in wild birds.

“Such research is not without risks. A US report released this month has highlighted the risk of laboratory accidents, with major incidents involving anthrax, Ebola, small pox and avian influenza occurring in the US in 2014,” Dr Muscatello says.

“The insider threat also poses major risks and will be covered in this new course.”

Professor MacIntyre says despite the incidents posing no serious health threat to the public, they highlight some of the typical flaws in the international systems for dealing with biohazards.

The five-day intensive UNSW Bioterrorism and Health Intelligence course, is for individuals working at the frontline of the bioterrorism response. The course can be credited towards a Masters in Public Health (Public Security), a new UNSW course on offer for postgraduate students.

Physical distancing is here for a while: over 100 experts call for more safe walking and cycling space

Q&A with Mary-Louise McLaws: how the world is coping with COVID-19

Almost 30 per cent of Cambodians borrow money for healthcare