IVF success for one in two under 35, but failure after five cycles

The first national report into the cumulative success of IVF has shown there is little chance of pregnancy after the fifth round of treatment, regardless of a woman’s age. 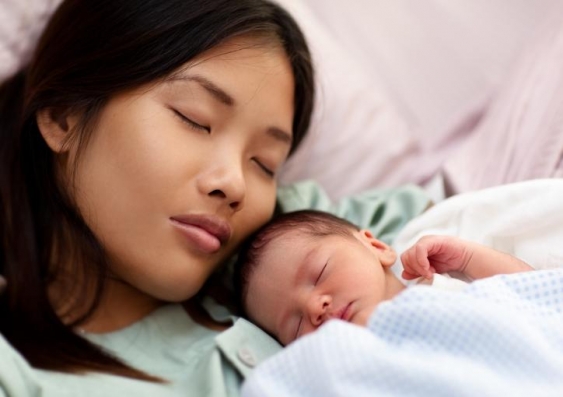 The first national report into the cumulative success of IVF has shown there is little chance of pregnancy after the fifth round of treatment, regardless of a woman’s age.

The study is the first in the world to look at national success rates and is part of the report Assisted reproductive technology in Australia and New Zealand 2011, produced by UNSW’s National Perinatal Epidemiology and Statistics Unit.

The overall results, covering all age groups, show that the chance of delivering a liveborn baby was 21.1% after the first cycle, increasing to 31.1% after two cycles, 36% after three cycles, 38.6% after four cycles, and 40% after five cycles, based on newly released statistics (2009-11) from 35 fertility centres.

The cumulative live delivery rate did not increase markedly with additional treatments in the sixth cycle and beyond. The sixth cycle only afforded an extra 0.7% chance of pregnancy and the seventh cycle, 0.4%.

The results include women seeking treatment across the age spectrum, from those under 30 to women over 45.

But for younger women, the results are more encouraging. More than half (50.6%) under 30 have a baby within five rounds of IVF and there are similar rates of success for women aged 30 to 34 (51.7%).

“This is a great result. It shows the benefit of getting treatment early,” says Professor Elizabeth Sullivan, an author of the report and the head of UNSW’s National Perinatal Epidemiology and Statistics Unit.

“The other good news is that we expect to see the cumulative success rates increase as women who may have only had one or perhaps two cycles in our study timeframe, return for further treatment – and get pregnant,” she says.

The report also shows the fastest growing group undergoing IVF is women 40 and above, with a quarter of the clinics’ clientele being from this age group in 2011.

The average age of women undergoing non-donor cycles in 2011 was 35.9 years.

Assisted reproductive technology on the rise

A continuing trend in ART treatment in Australia and New Zealand has been the reduction in the rate of multiple birth deliveries, decreasing from 10% to 6.9% between 2007 and 2011.

“Australia and New Zealand are leading the way – having the lowest regional rate of multiple birth deliveries in the world,” says Associate Professor Mark Bowman, a fertility doctor and the president of the Fertility Society of Australia.

“This was achieved by a continuing shift in clinical practice to single embryo transfer, which has continued to increase from 63% in 2007 to 73% in 2011.”

Importantly the substantial decrease in multiple deliveries had been achieved while the clinic pregnancy rate has remained stable, at around 23%.

The report has been funded by the Fertility Society of Australia and will be presented at the Society's Annual Scientific Meeting, which begins this Sunday (1 September). The event coincides with Fertility Week.

The hidden burden of heart disease