Researchers from UNSW and Black Dog Institute say major gaps in the literature must be addressed before ketamine is widely adopted as a clinical treatment for depression. 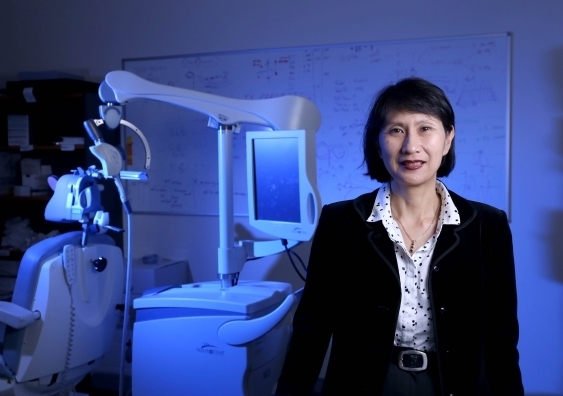 A world-first systematic review into the safety of ketamine as a treatment for depression, published in the prestigious Lancet Psychiatry, shows the risks of long-term ketamine treatment remain unclear.

Led by researchers from UNSW Sydney and Black Dog Institute, the review examined all prior published studies of ketamine treatment for depression and finds few existing studies effectively report the safety of repeated doses or sustained use.

Ketamine research leader UNSW Professor Colleen Loo, who is based at the Black Dog Institute, said these major gaps in the literature must be addressed before ketamine is widely adopted as a clinical treatment for depression.

“Despite growing interest in ketamine as an antidepressant, and some preliminary findings suggesting its rapid-acting efficacy, to date, this has not been effectively explored over the long term and after repeated dosing,” said Professor Loo, a co-author of the study.

“As ketamine treatment will likely involve multiple and repeated doses over an extended time period, it is crucial to determine whether the potential side effects outweigh the benefits to ensure it is safe for this purpose.”

Globally, ketamine is increasingly being used off-label to treat severe and treatment-resistant depression. Also known by its party drug name ‘Special K’, ketamine is not approved for use in Australia but has Therapeutic Goods Administration (TGA) approval as an anaesthetic.

Researchers in the current study trawled the literature on ketamine for depression to identify its main side effects and whether these differed between single or repeated dosing. They analysed 288 articles, of which 60 studies met the inclusion criteria, which encompassed a total of 899 patients who had received at least one dose of ketamine.

The results show that despite acute side effects commonly occurring after a single treatment of ketamine, not all studies actively monitored for or reported on them. Side effects were more likely to occur when ketamine was given intravenously and were usually reported on immediately following a single dose.

However, most studies only reported on side effects in an ad-hoc way, with a lack of conclusive data available into ketamine’s longer-term or cumulative effects.

“Despite low ketamine doses currently being used in depression studies, urological toxicity, liver function abnormalities, negative cognitive effects and risk of dependency may limit the safe use of ketamine as a long-term antidepressant treatment,” the authors state.

Previous studies have linked longer-term ketamine use to bladder inflammation, liver damage, cognitive changes like memory loss, and craving or addiction. Very few studies have examined human ketamine dependence, with less than 15 cases described in the scientific literature over the past 20 years.

“Our study also raises questions about the risk of administering ketamine in patients with pre-existing or co-morbid medical conditions, such as those with a history of high blood pressure or heart disease,” said Professor Loo.

“For instance, we know that when used to treat chronic pain, ketamine is associated with acute blood pressure changes, and experts recommend lower doses administered through slower-acting, non-intravenous means accordingly.”

Future ketamine-related depression studies should focus on assessing the safety of repeated dosing regimes, consider co-morbid physical health factors, and actively assess and report on potential side effects in a systematic way, the authors recommend.

The research team are now developing a new tool to standardise future reporting on these side effects, called the Ketamine Side Effect Tool (K-SET) and Ketamine Safety Screening Tool (KSST), to address inconsistencies in the literature.

Professor Colleen Loo is also currently leading the world’s largest independent trial of ketamine to treat depression, testing its effects after twice-weekly treatments over a period of four weeks amongst 200 participants.

The Lancet Psychiatry study was a collaboration between UNSW Sydney, Black Dog Institute and the University of Otago.