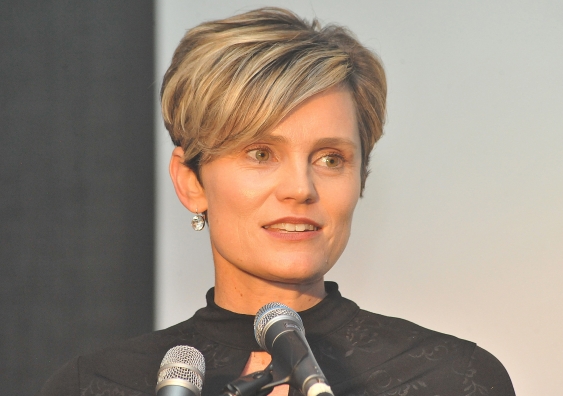 A leading researcher in hypertension and cardiovascular health, Professor Aletta (Alta) Schutte, has been appointed Principal for a new research area at UNSW – Cardiac, Vascular and Metabolic Medicine. She is joining UNSW under the University’s Strategic Hires and Retention Pathways (SHARP) initiative, which aims to recruit leading researchers from around the world.

Professor Schutte has played a prominent role in researching and addressing the global burden of disease arising from hypertension (high blood pressure) and poor cardiovascular health, with a focus on vulnerable communities in low- and middle-income countries.

Professor Schutte will join UNSW’s Faculty of Medicine in February 2020 as a joint appointment between the School of Public Health and Community Medicine and the George Institute for Global Health.

“I am excited to join UNSW and by the challenge of starting the new research area focussing on cardiac, vascular and metabolic medicine. I look forward to having an impact on the University’s already very strong research reputation,” Professor Schutte said.

“Raised blood pressure is the leading cause of death globally. I am passionate about improving the detection and management of hypertension, particularly in low- and middle-income countries that carry the greatest burden of the disease,” Professor Schutte continued.

Professor Schutte has been closely involved in developing several online platforms to train nurses, community health workers, pharmacists and primary care physicians in the management of raised blood pressure. She joins UNSW from North Western University in South Africa, where she has created and led significant research programs in hypertension and cardiovascular health, including the Hypertension in Africa Research Team (HART). She is also the current President of the International Society of Hypertension.

Much of Professor Schutte’s research has focused on the early vascular deterioration in populations from African descent which increases their cardiovascular risk over their life course. Her research has shown that black boys (as young as six) and young black adults are predisposed to developing cardiovascular problems, indicating that either genetic factors are at play, or early maternal and environmental factors. One such environmental factor studied includes salt intake.

“Research I have undertaken shows that in young healthy adults salt intake is significantly associated with increased large artery stiffness, which is a strong independent predictor of cardiovascular outcome. With the World Health Organisation’s SAGE study team, we are now evaluating the effects of South Africa’s legislation to reduce the sodium content of a range of processed foods – implemented in 2016.”

Professor Schutte has authored over 300 international peer-review publications, supervised over 80 higher degrees by research students to completion and is an editor and editorial board member for several specialist medical journals. She has received recognition for her contributions as recipient of many awards, including the Distinguished Woman Scientist in the Natural, Engineering and Life Sciences award, presented by the South African Department of Science and Technology in 2017.

UNSW Dean of Medicine Professor Vlado Perkovic said, “We are delighted to welcome Professor Schutte to UNSW Medicine where we know she will continue to make vital contributions to researching cardiovascular health.”

“Her work is focused on the strongest risk factor for ill health globally - raised blood pressure - and ultimately aims to improve the prevention of cardiovascular and related diseases. I have no doubt that her research will continue to generate findings that have a major impact on improving the health of people around the world.”