The government’s proposal for a $7 co-payment for GP visits requires careful evaluation to ensure those in need are not deterred from necessary help, write John Kaldor and Nicholas Zwar. 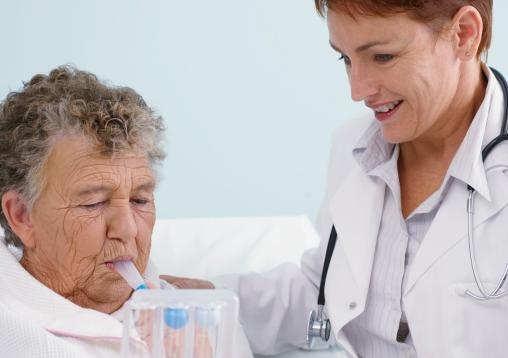 OPINION: The government’s proposal for a $7 co-payment for GP visits and laboratory tests is one of the most hotly debated items in last week’s budget.

Putting aside the “broken promises” issue, most of the criticism of the co-payment has revolved around its fairness. In a purely mathematical sense, a co-payment is a proportionately bigger hit for those on lower incomes, but there is a more fundamental question. What will a co-payment actually do to people’s health?

Basic economics says that a cost increase will reduce demand, which means fewer doctor visits and tests. On the surface, that sounds like it would be unhealthy, but what if people were having consultations they did not need?

The government has in fact claimed several major health bene­fits for the co-payments. It ­believes people will look after their health more if they have to contribute directly to the cost of medical services, and GPs with fewer patients will provide better care to those who do show up.

On the other hand, critics of the co-payments say that health will suffer because people deterred by the co-payment will miss out on care that they need to maintain health. What does the scientific evidence tell us about who is right?

Medical science has well-­established techniques for deciding what works and what doesn’t. The ideal method for evaluating health benefit is the randomised trial, which compares groups of people allocated to receive competing forms of “intervention”.

The only large-scale randomised trial of co-payments ever ­conducted was the Rand Health Insurance Experiment, which took place in the US in the late 70s and early 80s. It found those assigned to the co-payments group used fewer medical services than those with free care. Those on lower incomes had poorer outcomes in several areas of health and for people on higher incomes there was no difference in health outcome.

There was also no difference between the free and co-payment groups in the extent to which people looked after their own health in areas such as diet and smoking.

The Rand trial found that the co-payments reduced use of both needed medical care and unnecessary care, suggesting that people may not be good at making the distinction for themselves.

The Rand trial provided the most methodologically rigorous evaluation of the health effect of co-payments, but it took place more than 30 years ago, in a health system very different to ours.

Since, there have been nearly 50 studies, mainly from Western Europe and Canada, that looked at the impact of co-payments.

Although they did not use the randomised trial methodology, this body of evidence is highly ­relevant to our current debate about the impact of co-payments.

For various methodological reasons, the studies are much less informative about whether the reduction in service uptake systematically led to worse health in the population.

To draw such conclusions, longer timeframes and more detailed data are required, and few studies have had sufficient scope to do so. What is clear is that there is absolutely no evidence introducing a co-payment has any benefit for people’s health.

If a pharmaceutical company proposed marketing a drug that had no proven health benefit, and there was some evidence that it was actually harmful to certain population groups, it would not get past first base with regulatory authorities or clinicians.

That is more or less the position we are in with regard to the health impact of co-payments.

In these circumstances, the ­argument about whether they should be introduced can certainly not be based on their potential for dir­ectly improving health.

If co-payments are to be introduced, the current state of the evidence suggests the very process of their introduction should be through a form of trial that is properly resourced, carefully monitored and perhaps restricted in some way before full-scale implementation is considered.

We now have the ability to track health and health service usage through electronic data­bases that protect confidentiality.

If there is any sign from such a trial that people in need of care are being deterred from necessary medical attendance as a result of co-payments, let alone experiencing worse health outcomes, the government would then be in a position to react quickly and make needed modifications to maintain confidence in our health system.