Conversations that began almost 20 years ago have helped change the delivery of health services to Aboriginal children and their families in south-western Sydney. 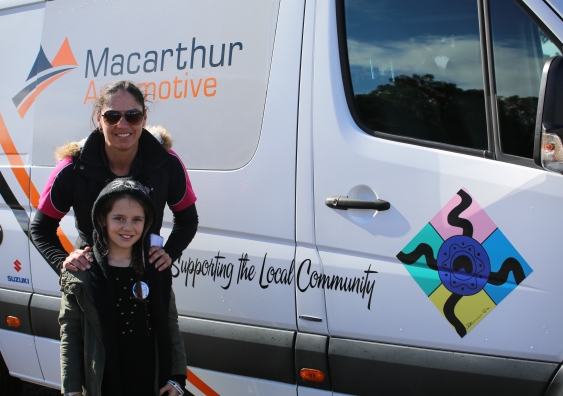 It was 1997 when Associate Professors Elizabeth Comino and Elizabeth Harris and fellow researchers began talking to community members at Tharawal Aboriginal Corporation in Campbelltown, south-western Sydney, about their children’s health.

During months of “yarning” on the veranda of Tharawal’s health centre, the mothers, grandmothers, aunties and health workers talked about their concerns for the health of their children, including the high rates of Sudden Infant Death Syndrome (SIDS), low rates of breastfeeding and children’s poor ear health.

But even though they knew several babies had died, no one knew exactly how many. While they were concerned that a lot of babies weren’t being breastfed, they didn’t know why. At the time, most research on Aboriginal health was focused on remote communities so there was little information about their urban counterparts. Dr Comino, from UNSW’s Centre for Primary Health Care and Equity (CPHCE), says this lack of relevant data on the health and service needs of Sydney’s second-largest Indigenous community made it difficult to attract funding for new support services and programs that they needed.

A small grant from the Ingham Institute – a not-for-profit medical research organisation established by the famous Ingham chicken family – led in 2000 to a pilot Aboriginal home visiting program. Funding for the program was short-term and shaky.

Subsequently the “yarning” that began almost 20 years ago sowed the seeds for the Gudaga Project, to collect data on the health and other needs of Aboriginal infants and their families in the region. Early progress was slow and involved several unsuccessful grant applications before National Health and Medical Research Council (NHMRC) funding was secured in 2003. But there were further delays as they negotiated the complex ethics process.

While frustrating, these delays had a positive effect, allowing the researchers to foster relationships with the community and to earn their respect and trust. 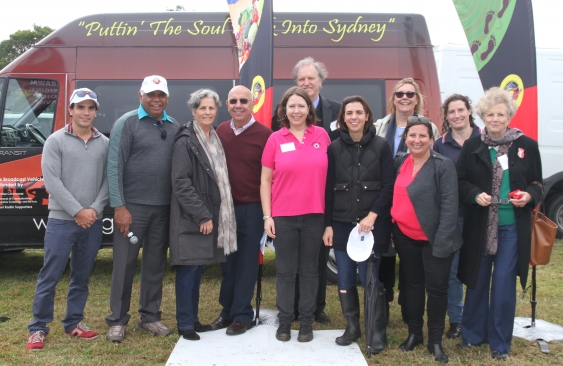 “The conversation continued in that time and showed the community we were not just there to get out of it what we needed. They (the community) were very much a part of the study,” Dr Comino says.

Aboriginal health in an urban setting

The Gudaga Project – which means “healthy baby” in the local Dharawal language – is a longitudinal birth cohort study that began surveying mothers of newborn infants in 2005. Since it began, Gudaga has tracked the progress of almost 150 children from birth to 9½ years of age. The project has become one of the few in Australia to systematically describe the health, development and health service use of Aboriginal infants and children in an urban setting.

“The data we collected filled in a lot of the gaps in knowledge and actually changed the way services respond,” Dr Comino says. “We had been told that low breastfeeding rates were an issue and we were able to actually document that they were extraordinarily low and that half of our mothers weren’t breastfeeding when they left hospital.”

While the researchers were keen to identify the level of need, they also wanted to highlight those doing well. “When we identified the low breastfeeding rates, for example, we also identified people who were doing it well and were able to support other women through a peer support program, visiting new mothers and helping to improve breastfeeding rates.”

Subsequent NHMRC grants, and ARC funding, allowed the researchers to continue tracking the children’s progress. Gudaga II followed them from ages 1 to 5 and Gudaga III: Gudaga Goes to School from ages 5 to 9½. With the original cohort of Gudaga children about to start high school, researchers are hoping to secure funding for Gudaga IV: Gudaga Goes to High School, to follow the children to age 14.

Perhaps more importantly, the Gudaga Project has also provided valuable lessons in working with urban Indigenous communities. A commitment to ensuring the research is culturally appropriate and ethically sound has meant that a high number of families – almost 70% – have stuck with the study as it progressed from birth through early childhood and to the school years.

“When I think about what we’ve achieved, it’s far beyond what we set out to achieve,” says Dr Comino. “There’s a lot of descriptive data and studies being done, but actually understanding what brings about change and influencing that change is what’s really important.” 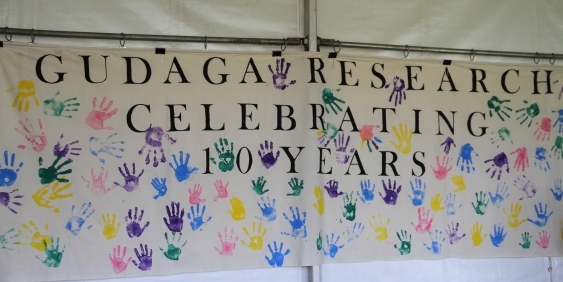 The Gudaga Project has tracked the health of Indigenous children in south-western Sydney. Photo: Clare Morgan

The importance of doing the leg work

Before the researchers could work with the community, they had to learn about them. “So our early discussions were really about talking to the community about what they saw as the problems for their families, the things that were needed to provide opportunities,” Dr Comino says.

It was clear that home visiting services could improve children’s health outcomes, but the community was wary of a program funded by the state government. “It was also difficult to argue for such a service because there was no actual data on the local Aboriginal community.”

From May 2005, mothers began to be recruited in the maternity ward of Campbelltown Hospital. Over two years the study recruited almost 150 babies, and the interviews conducted by project officers during home visits provided a rich source of information on birth weights, breastfeeding habits, hearing, language, development, motor skills and hand-eye coordination.

One of the keys to Gudaga’s success has been the Aboriginal project officers, Cheryl Jane Anderson and Natasha West. Ms Anderson has been with the Project since 2005 and Ms West was a mum who was originally recruited to participate in the study after giving birth to her daughter Alyssa. Ms West, who grew up in the area, became a Gudaga project officer in 2011.

The project officers visit families, collect data and keep participants in the Gudaga loop. Ms West believes the high level of engagement is one reason the project has enjoyed such a low attrition rate. This continuity has been vital to the study, helping to build trust among families, who know who will be visiting them. 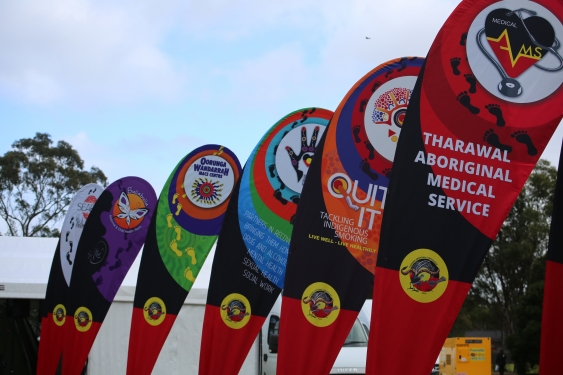 Another key to success has been flexibility. “With busy working mums that might mean doing surveys after netball on a Saturday afternoon or when you run into them at the shopping centre. You don’t get that flexibility with many projects,” Ms West says.

The project officers believe the community has embraced the project because it is about what they need, not what someone thinks they need. “There’s no good having services that the community doesn’t need or want,” Ms West says.

The kids have a voice

Dr Holly Mack, the Gudaga Program Research Leader, says another unique aspect has been the children themselves. “Project staff interview the kids and ask about their aspirations, ask them what it’s like going to school. It gives the kids a voice,” she says.

Dr Mack’s salary is made possible by support from the CAGES Foundation, which has committed $480,000 over three years to the program. Gudaga was a natural fit for the Foundation, which directs funding towards organisations that are locally owned and are focused on providing services to children from pre-natal to age 5.

Foundation co-founder and chairman Paul Salteri recently visited the Tharawal Aboriginal community with his wife Sandra (co-founder & director) and children Gemma (executive director) and Anthony (advisor), to see first-hand how the research has benefited the community.

“CAGES Foundation was excited to provide funding for the Gudaga Program Research Leader. We saw it as a clever way of leveraging the results of a powerful longitudinal study to real outcomes for the Tharawal community,” the family says. “Everyone from CAGES really enjoyed our visit to Tharawal ... It was a great opportunity to meet inspirational community leaders and families and gain a better understanding of the work they are doing to create a thriving community.”

Discussions are underway to further extend the Gudaga Project and to follow the children as they transition to high school during 2017 -2019. The research team are exploring options to secure funding for Gudaga Goes to High School, investigating how children are doing at the end of primary school and how they transition to early years of high school.

“The [Tharawal] board believe this new study is really important. They said we know that our children are doing better in primary school, but we also know that a lot of them disengage in the early years of high school,” Dr Comino says. “We want to find out what it is that’s causing them to disengage and how we can start to address that trend.”