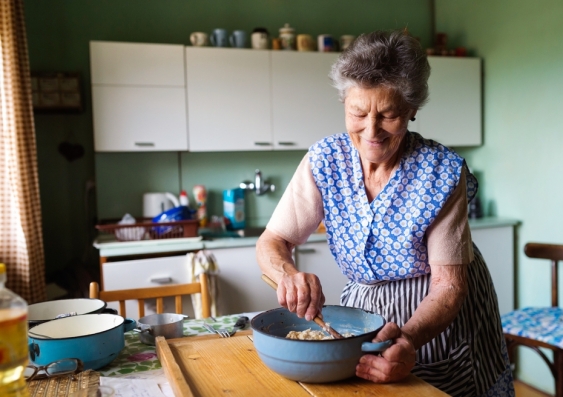 MCI is defined as having noticed cognitive decline which is confirmed by objective tests in people who are functioning well.

MCI is associated with a higher risk of dementia and for some people is an intermediate stage between normal cognitive ageing and dementia.

But there are many reasons why a person’s cognition might have declined such as depression, infection or reaction to medications.

So, it is not surprising that many individuals with MCI “revert” to normal cognition. What is less well known is that people who revert to normal from MCI have an increased risk of re-transitioning to MCI or progressing to dementia.

Dr Liesbeth Aerts of the Dementia Collaborative Research Centre at UNSW says the relevance of reversion for progression risk depends on the MCI subtype.

In a paper published in the journal Neurology, four biennial assessments of 705 elderly people in the UNSW Centre for Healthy Brain Ageing Sydney Memory and Ageing Study showed reversion from MCI was common.

Almost half of the people who had MCI at the start of the study (46.5%) tested as “normal” at least once during follow-up assessment.

But risk of progression to dementia was only lower for those who reverted from amnestic MCI, a subtype of MCI in which memory is affected.

“We need to be mapping these cognitive problems much better, because just saying ‘MCI’ is not enough to really know about dementia risk,” she says.

Longitudinal follow-up is crucial to determining which individuals with MCI are at high risk of developing dementia.

“In our study people’s performance on cognitive tests fluctuated or zig-zagged over time,” Dr Aerts says.

“Our results highlight that we need better assessment over time. Snapshot assessments should be considered in a larger perspective.

“Before, no one was thinking of reversion, we were only trying to capture people on decline.”

A bigger picture issue is the limitations of the cognitive tests, and the important role that biomarkers (biological indicators of dementia, for example changes in brain chemicals and imaging) will play in the future.

Changes in the brain occur long before the first symptoms become apparent, so being able to measure those will be crucial to identify people in the earliest stages of dementia.

“Researchers are shifting the frame to studying to what happens long before the onset of dementia in the hope of stopping the degenerative process in the brain in its tracks before dementia takes hold.”