Only a small proportion of Sydney’s population were infected by SARS-CoV-2 earlier this year, a new report co-led by UNSW’s Kirby Institute says. 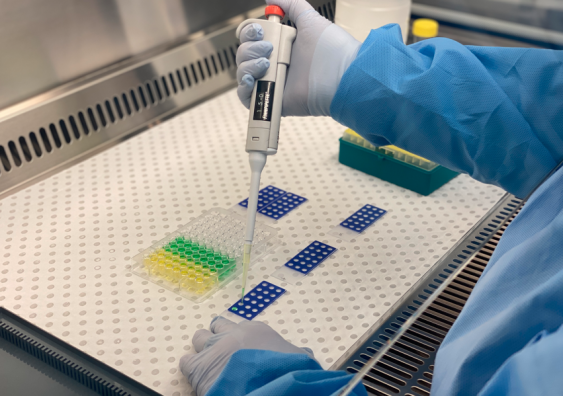 Australia’s first population-level antibody study designed to shed light on how many people contracted COVID-19 earlier this year suggests that only a very small proportion – less than 1 per cent – of Sydneysiders had been infected by the SARS-CoV-2 virus after the first epidemic wave.

Experts say the findings show the success of measures taken to date in NSW to control the virus’s spread – but also the importance of people being vigilant and continuing to come forward for testing, given that the vast majority of the population remain vulnerable to the infection.

Conducted from late April to early June this year, and capturing infections up to mid-May, the study involved analyses of more than 5330 de-identified blood samples from three different groups of people. Extrapolating the results to Sydney’s 5-million-strong population suggests only one in 670 (or 7450) of the city’s residents had been infected during the first wave in Sydney.

While this is 3.5 times as high as the 2118 COVID-19 cases detected and officially notified at the time, it represents a much lower level of community infection, and a lower ratio of undetected to detected infections, than seen in many international studies.

This study has been published online as a pre-print by the Medical Journal of Australia (MJA). It has not undergone academic peer-review and changes may be made before final publication.

Antibodies are created when the body’s immune system responds to infection, and can be detected for months afterwards. Antibody (also called ‘serological’) surveys can provide a more complete picture of the number of people infected with SARS-CoV-2, the virus that causes COVID-19, than reported case numbers. This is because many people who have COVID-19 experience only mild symptoms, or even none at all, and may not always come forward for testing.

The researchers tested the blood samples for SARS-CoV-2-specific antibodies after they had been collected as part of routine healthcare interactions not related to COVID-19. The percentages of samples testing positive for antibodies were all below 1 per cent:

While no one group above is representative of the whole population, the general pathology collection was used to estimate the total number of infections following Sydney’s first wave as it included all ages and contributed the most samples.

Professor John Kaldor from UNSW’s Kirby Institute, a co-lead on the study, said despite the low number of positives, the survey provided crucial information about community spread of COVID-19.

“While it is not possible to obtain truly random samples from the community, the three populations surveyed in this study were complementary and provided very similar results. We used a well validated test that had a very low chance of false positives. It will also guide the approach to a national serosurvey,” he said.

The study was co-led by the National Centre for Immunisation Research and Surveillance (NCIRS), the Kirby Institute at UNSW Sydney, and NSW Health Pathology’s Institute of Clinical Pathology and Medical Research (ICPMR). It was conducted in collaboration with Australian Red Cross Lifeblood and public and private diagnostic laboratories across Sydney, with support from NSW Ministry of Health.

Lead author Associate Professor Heather Gidding, from the National Centre for Immunisation Research and Surveillance (NCIRS) and the University of Sydney, said the low prevalence of antibodies confirmed that there was limited community transmission in Sydney during the first epidemic wave.

“This is undoubtedly due to the early and successful implementation of national and state-based public health measures,” Associate Professor Gidding said. “Successful measures included the rapid up-scaling of the capacity to test and contact trace, strict border controls, quarantining of international arrivals, and social distancing measures as well as a high degree of compliance with these measures by the public.”

“The work may help researchers assess the impact of a COVID-19 vaccine when one becomes available,” Professor Dwyer said.

Professor Kristine Macartney, NCIRS Director, University of Sydney researcher and study co-lead, said: “Using these methods can also help us track how the much further the virus has spread silently since mid-May, when the blood samples used in this research were taken, given the extra cases of COVID-19 recorded since then.

“This new research gives us valuable new insights into the virus’s ability to spread through the Australian population – and confirms how much better Australia has fared compared to many other countries.”

NCIRS, the Kirby Institute and the ICPMR are also leading a multi-collaborator national SARS-CoV-2 serosurvey, with results expected in early 2021.

To learn more about this study and its potential and limitations, read these FAQs on the Kirby Institute’s website.

Declaration: This study was funded by the NSW Ministry of Health. The authors declare no competing interests.