Australians receive “appropriate” health care in only 57 per cent of consultations, according to the first ever national snapshot of the quality of clinical care. 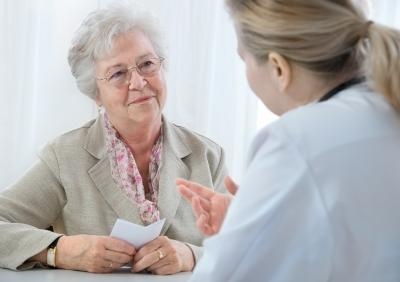 Australians receive “appropriate” health care in only 57 per cent of consultations, according the first ever national snapshot of the quality of clinical care in Australia.

The landmark CareTrack study, published in today’s Medical Journal of Australia (MJA), found that although there were pockets of excellence in Australian health care delivery there were also shortfalls in treatment for some common conditions and disparities in the standards of care provided by different medical practices.

Research teams from the University of New South Wales and the University of South Australia spent two years tracking levels of “appropriate care” – that is care in line with best practice based on the latest medical evidence – in a representative sample of the Australian population.

For some conditions, such as coronary artery disease, patients received very high levels of appropriate care but there was poor compliance with appropriate care standards in some others areas, such as responding to very high blood pressure, administering prophylactic antibiotics at the correct time before surgery, and treating sinusitis.

Discrepancies between healthcare providers were also significant, with some offering best practice care in 86% of encounters and some in only 32% of encounters. The study focused on 22 common conditions responsible for over 40 per cent of the total national disease burden.

With health budgets under growing pressure from the ageing population and costly chronic diseases, the study provides a road map for more efficient and cost-effective care delivery.

“Healthcare is likely to become unaffordable unless more appropriate care is provided,” said one of the study’s Chief Investigators, Professor Jeffrey Braithwaite of the University of New South Wales.

“To plan for a sustainable healthcare system into the future, it’s important to maximise the rate at which patients receive appropriate care so we can address the gaps in care that have been identified.”

The study identified a number of barriers to providing appropriate care into the future. Plans to overcome these limitations include a Wiki-type process to develop national clinical standards and tools to guide treatment, and to document whether care is appropriate.

The proposed up-to-date, simple standards can be embedded as tools in both patient and healthcare provider-held medical records, paving the way for automatic electronic monitoring and feedback. “Seventeen years after the landmark Quality in Australian Health Care Study, our research provides an opportunity to establish a healthcare baseline from which to move forward, and has identified some gaps in care which should be addressed,” says lead researcher at the University of South Australia, Professor Bill Runciman.

CareTrack Australia assessed the appropriateness of the healthcare received by 1,150 Australians in 2009/10 in 35,573 healthcare encounters for conditions ranging from coronary heart disease and low back pain, through to stroke, asthma and depression.

Among the study’s key findings were:-

The $2 million CareTrack research project was undertaken as one part of an $8.4 million National Health and Medical Research Council program grant, Patient safety; enabling and supporting change for a safer more effective health system, awarded in 2009.