The human lifespan is too short and marred with ill health. But it doesn't have to be this way, two of the world's leading anti-ageing researchers have told a UNSW audience. 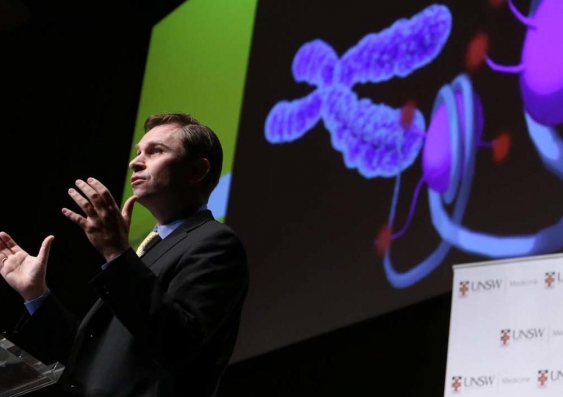 Professor David Sinclair .. when it comes to ageing, our genes are like a recipe book and our environment is the chef. Photos: Grant Turner/Mediakoo

UNSW Professor David Sinclair has some complaints about the human lifespan. It’s too short, for a start. Most of us live “only 30,000 days” according to the internationally renowned geneticist. What’s worse, the last 5000 or so are commonly marred by poor health.

“It doesn’t have to be this way,” he told an enthralled audience last night at UNSW Medicine’s 2014 Dean’s Lecture.

Sinclair – who also holds a Harvard University professorship and was described as “the geneticist who is making age reversal real” in Time magazine’s list of the world’s 100 most influential people – went on to detail some of the remarkable anti-ageing developments unfolding in his laboratories.

Sinclair and his colleagues are focused on epigenes which, in the simplest terms, are the on and off switches for genes. By manipulating these mechanisms, and in particular SRT1, which is associated with cellular ageing, they have managed to trigger the cellular deterioration of old age in a middle-aged mouse – grey whiskers, wrinkly ears, reduced bone mass, the lot. More excitingly, however, in work that is yet to be published, they have used the same technology to restore youthfulness.

To put it another way, Sinclair told his audience, our genes are like “a recipe book” and our epigenes are the chef. In youth, the instructions are followed perfectly, as if by a master. In later life, however, who is in charge is more like the Swedish chef from The Muppet Show. The current research is focused on reorganising cells “in a more youthful configuration”, he says.

Drugs to slow or reverse the ageing process are now in development, says Sinclair, and he is confident that one day the human lifespan will be such that no less than “six generations will sit around the dining table, reminiscing about the good old days”.

Professor Sinclair shared the Dean’s Lecture with another shining light in the field of anti-ageing medicine, Professor Stephen Simpson, academic director of the Charles Perkin Centre at the University of Sydney.

“Ageing is malleable,” Professor Simpson said, and diet is one of the key ways we can improve what he calls the “health span”, the portion of our lives in which we are in sound physical condition.

Professor Simpson’s recent research has been focused on the health effects of macronutrient (protein, carbohydrate and fat) ratios in the diet. His highly detailed, controlled experiments on fruit flies and mice have resulted in some remarkable, some might say upsetting, findings.

The mice that ate a low protein/high carbohydrate diet had the best health outcomes, he said. They had better blood pressure, greater insulin sensitivity, better cardiac health and longer lives. The only thing was, the healthier mice were also “chubby”. A low protein/high-carbohydrate diet made the mice eat more, he said, once the audience laughter had died down.

The mice on a high protein, low carbohydrate diet, by contrast, were “buff looking mice” and also more fertile, but they had poorer health and shorter lives. The mice on the high fat, high protein diet? Doomed.

In a nutshell, said Simpson, we can markedly affect our health span and longevity through diet, but there are trade-offs.

“So, what would you rather?” he asked by way of conclusion. “Lose weight? Live longer and stay healthier? Look younger? Or have healthy children? The choice is yours and diet can help achieve each of these. But they’re not the same diet. And not the same diet throughout the life course. That’s the trick. That’s what we now need to understand.”

The Dean’s Lecture is the flagship event of UNSW Medicine. The annual series was started in 2012, with support from Inspiring Australia, the national strategy for science engagement. Professor Peter Smith, Dean of UNSW Medicine, hosts the event and last night spoke proudly of his faculty, the outstanding researchers and clinicians such as Professor Sinclair who have trained there, and its status among the top 50 medical schools in the world.

Professor Smith also read from an email he had received from ABC Science broadcaster Robyn Williams, who was originally scheduled to facilitate the lecture. Williams has recently undergone major surgery and was unable to attend. He sent his best wishes for the event, adding that he was recovering well from the surgery, which had been done “brilliantly” by, as luck would have it, UNSW-trained surgeons. 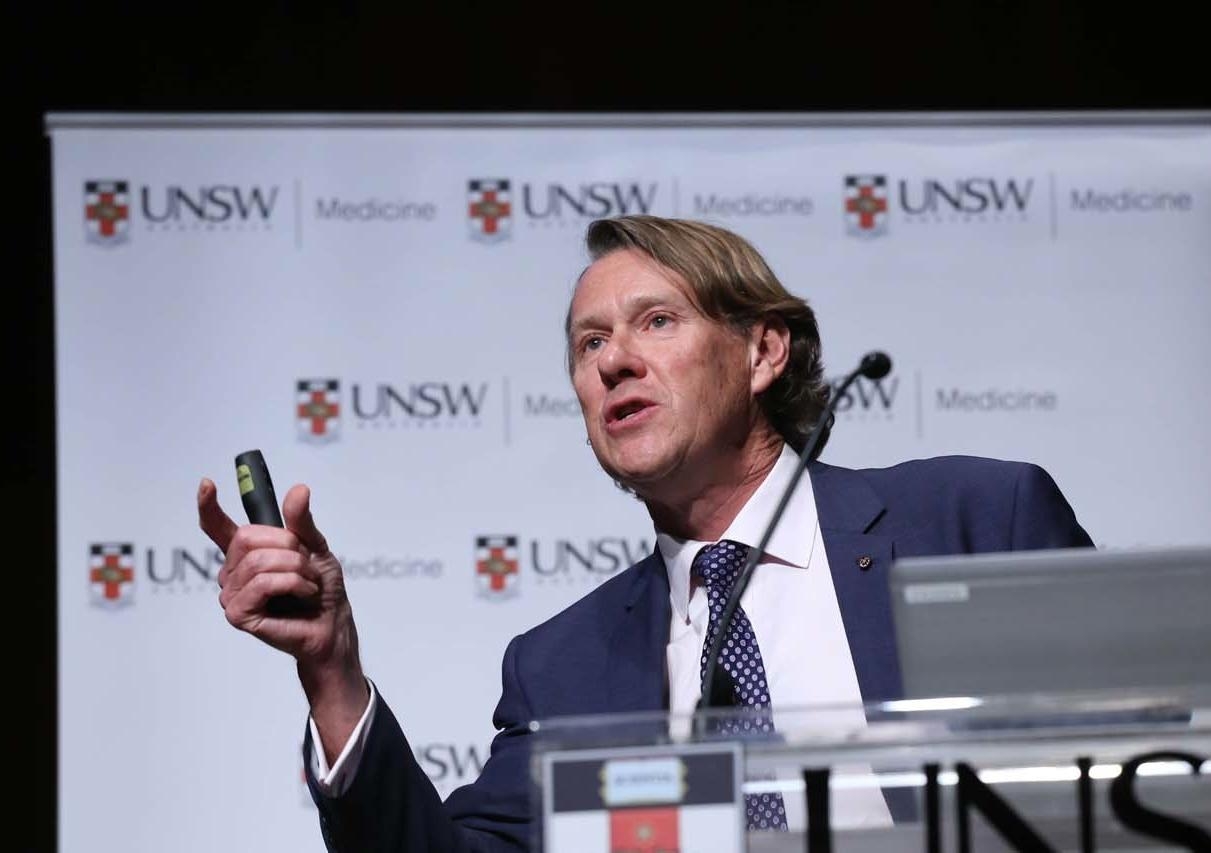 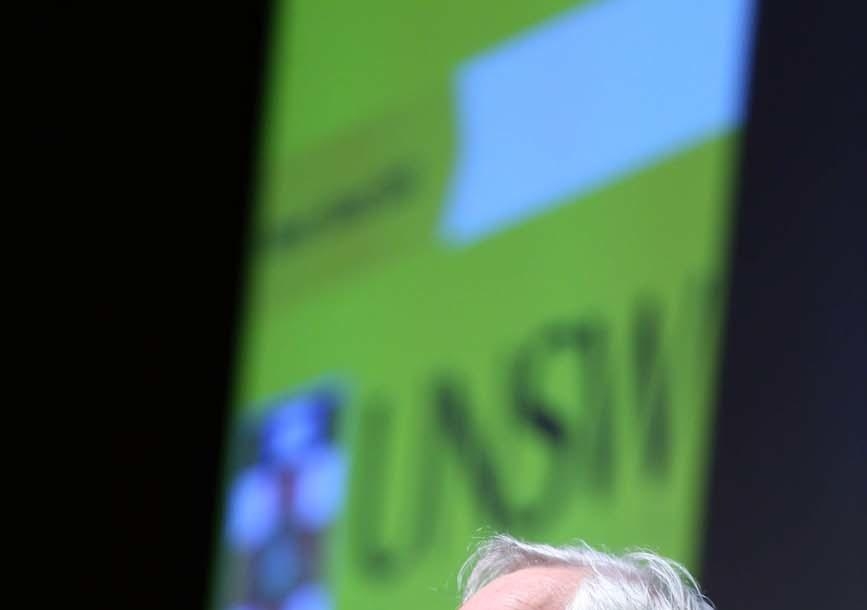 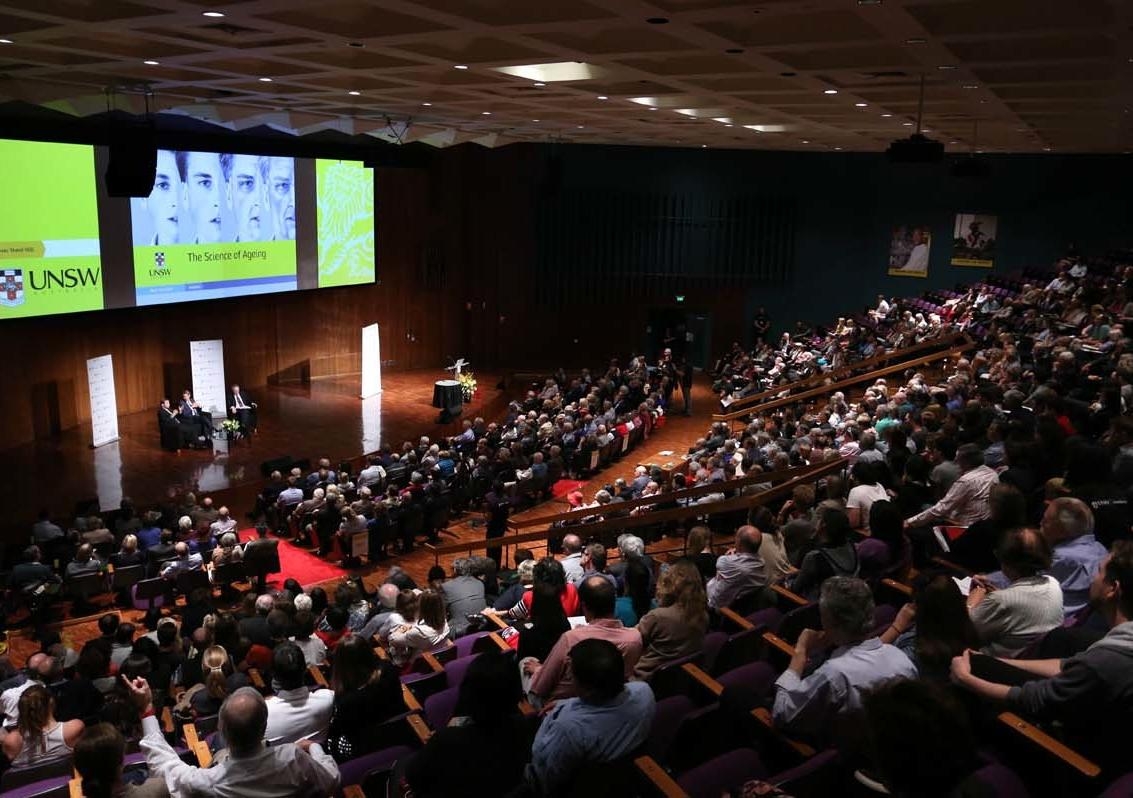