Opinion Many women with breast cancer may not need chemo, but beware misleading headlines

News reports that 70% of women with breast cancer don't need chemotherapy need to be heeded with caution: it's a very specific (but substantial) subtype that was studied. 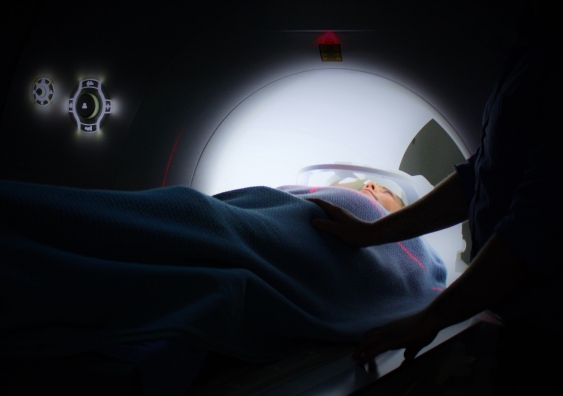 Photo by Ken Treloar on Unsplash

Findings from a major international clinical trial suggest a significant number of women with the most common form of early-stage breast cancer do not need chemotherapy after surgery.

The results of the so-called TAILORx trial were presented yesterday at the annual meeting of the American Society of Clinical Oncology and concurrently published in the New England Journal of Medicine.

Not all breast tumours behave the same way, with a number of different subtypes of breast cancer defined by genetic and protein markers. There are five to six main subtypes, depending on the classification system used. But with genome sequencing it’s becoming apparent each patient’s disease has subtle differences at the molecular level. These different subtypes are treated differently, and can have significantly different outcomes for patients.

The subset of breast tumours that form the focus of this study are driven by hormones (oestrogen), do not respond to drugs such as trastuzumab (also known as Herceptin - an engineered antibody that targets HER2), and haven’t yet spread to the lymph nodes. They represent roughly half of the more than 17,000 new cases of breast cancer diagnosed in Australia every year.

Patients with these kind of tumours typically undergo surgery followed by treatment with drugs that target rapidly dividing cells (chemotherapy) and drugs that block the production or action of the hormone oestrogen (endocrine therapy, such as the drug Tamoxifen).

Results from this study suggest many women with this specific type of tumour do not receive any additional benefit from having chemotherapy in combination with endocrine therapy, compared to endocrine therapy alone. This has the potential to spare thousands of women from the awful side effects of chemotherapy, including nausea, hair loss, and heart and nerve damage.

This study used a genetic test (called “Oncotype DX”) to measure a panel of 21 genes that help predict risk of cancer recurrence. Importantly, chemotherapy still showed some benefit in women with higher Oncotype recurrence scores, and in some women under the age of 50.

Although mortality rates have decreased significantly over the last few decades, breast cancer is estimated to cause more than half a million deaths globally every year. Breast cancer remains the second most common cause of death from cancer among females in Australia.

Cancer is complex and challenging to study, and news reporting on the disease easily lends itself to hype, contradiction and misinterpretation. Clearly communicating research findings are important for helping patients make informed decisions about treatment and modifying risk.

Poor reporting may have serious consequences for public and scientific communities alike. Some of the reports and headlines on this trial have been a little misleading, feeding on an understandable fear. They could potentially encourage patients to incorrectly avoid or stop treatment - with potentially tragic consequences.

New research suggests about 70 per cent of women with early stage breast cancer do not actually require chemotherapy. https://t.co/AwFlz9Veg8

Many women with breast cancer can skip chemotherapy, a study found. “We can spare thousands and thousands of women from getting toxic treatment.” https://t.co/wb7LJzLpuX

False or unmet expectations can also seed disappointment and an eventual loss of trust in science. Another, more sinister, aspect to these headlines is the potential to fuel myths and conspiracy theories about the effectiveness of chemotherapy.

One of the most exciting aspects of this trial is the emergence of robust, large-scale data supporting the use of “precision medicine” - using genetic profiles to dictate treatment and predict outcomes in cancer. Trials like this are critical in balancing the significant hope and hype of precision medicine.

This study supports sparing thousands of women from the sometimes nasty side-effects of chemotherapy, but we must be crystal clear that it applies to a very specific (and significant) subset of women. Patients should not make any changes to their treatment based off this study, and should always consult their doctors.

And while celebrating this genuine advance, we should remember just how far we have to go in finding effective therapies for metastatic breast cancer, and other breast cancer subtypes for which treatment options are still limited.

Impotence and optimism: The life of a cancer scientist