Two UNSW researchers are among 11 world experts to have addressed the US Congress as part of President Obama’s initiative to map the human brain. 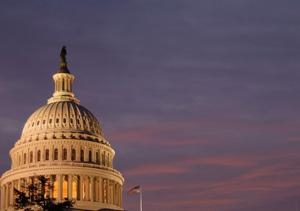 Two UNSW researchers are among 11 world experts to have addressed the US Congress as part of President Barack Obama’s initiative to map the human brain.

Neurosurgeon Charlie Teo, who is a senior lecturer at UNSW, and stem cell researcher Associate Professor Kuldip Sidhu were chosen to address the Congress as part of Brain Mapping Day.

Dr Teo called for brain cancer research to be made part of President Obama’s $100 million plan to better understand the human brain.

Associate Professor Kuldip Sidhu, who is working on neurodegenerative diseases such as Alzheimer’s and Parkinson’s diseases, spoke about the importance of patient-derived human stem cells as a platform to better understand disease processes with the potential for drug discovery and brain therapeutics.

This type of work is a step toward personalised medicine, with researchers collecting cells from patients with these diseases, investigating signs of the condition in cells and testing how they respond to drug treatments.

“Patient-derived stem cells will bring about a paradigm shift in human medicine,” says Professor Sidhu, who is part of UNSW’s Centre for Healthy Brain Ageing. “We will be able to translate research from the lab to the clinic faster and the outcomes will be better for patients.”

Professor Sidhu has called for such studies to be an integral part of President Obama’s plan to map the human brain and to be appropriately funded.

As part of the event, an international research partnership has been signed between the Cure for Life Foundation, the US-based Brain Mapping Foundation and Society for Brain Mapping and Therapeutics. The alliance will focus on introducing a new generation of therapeutics through a nanobioelectrical approach.

President Obama’s plan is seen as the brain’s equivalent of the human genome project, which sequenced the building blocks of DNA, and has delivered significant research benefits.

The initiative could lead to the creation of a map of the brain's functional circuitry. By understanding how information in the brain is stored, retrieved and used, scientists will hope to gain insights into brain diseases.

Professor Sidhu earlier produced human embryonic stem cell lines at the Prince of Wales Hospital. One of these lines, Endeavour-2 is being used by the National Institutes of Health in the US.