Nine UNSW researchers have been elected as fellows of the Australian Academy of Health and Medical Sciences. 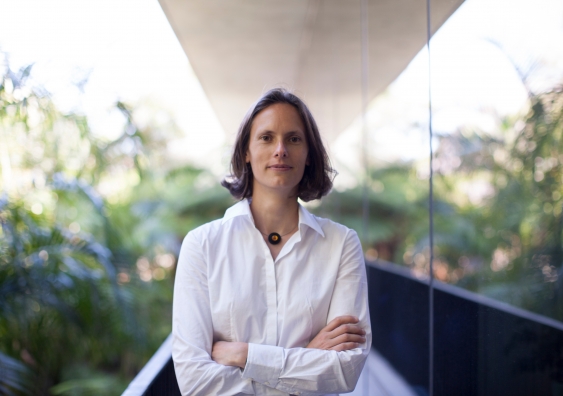 Scientia Professor Katharina Gaus is one of nine UNSW academics elected as Fellows of the Australian Academy of Health and Medical Sciences.

At its inaugural scientific meeting in Canberra, the Australian Academy of Health and Medical Sciences has elected 77 new fellows, with nine from UNSW.

Among the University’s new fellows are five Scientia Professors, including dementia experts and co-directors of the UNSW Centre for Healthy Brain Ageing, Henry Brodaty and Perminder Sachdev.

An international expert in aged health care, Brodaty is investigating factors that can predict cognitive decline and is developing ways to improve the detection and management of patients with Alzheimer’s disease.

Sachdev, an international leader in the field of neuro-psychiatry, was one of only two Australians involved in high-level negotiations about what to include in the fifth edition the Diagnostic and Statistical Manual of Mental Disorders.

He too is focused on early detection and better treatments for dementia, and is the chief investigator on a program that received more than $6.5 million from the National Health and Medical Research Council (NHMRC) earlier this year.

The other Scientia Professors elected to the Academy include immunologist and molecular scientist Katharina Gaus, primary care researcher Mark Harris, and epidemiologist John Kaldor from the UNSW Kirby Institute.

Gaus, who leads the UNSW Centre for Single Molecule Science, is pioneering new ways of studying the rules that govern single molecules to better understand how our immune systems work on a cellular level.

Harris is focused on the prevention and management of chronic illnesses such as diabetes and heart disease, and Kaldor has led internationally recognised programs aimed at preventing the spread of HIV and other sexually transmitted infections.

The other UNSW Fellows include Professors Andrew Grulich and Anthony Kelleher from the UNSW Kirby Institute, who have made significant contributions to the prevention and treatment of HIV, conjoint Professor and neurologist Matthew Kiernan from the UNSW Prince of Wales Clinical School, and conjoint Professor Jamie Vandenberg, deputy director of the Victor Chang Cardiac Research Institute.

Professor Ian Frazer, President of the Academy, welcomed the new fellows, saying: “Their election… reflects the international standing of their contribution to health and medical science through research, through leadership, and through service.”

The Academy, which now boasts more than 200 elected fellows across the country, was established to help Australia achieve a world-leading health care system that uses the latest advances in health research, says Professor Frazer.

In addition to welcoming its new fellows, the Academy also elected 13 honorary fellows. Among them were two members of the UNSW community: Jane Halton, the secretary of the Australian Department of Finance, who holds an honorary degree from the University, and Professor John Shine, a molecular biologist at UNSW and the Garvan Institute of Medical Research.