Opinion Medical research too crucial to risk on budget politicking 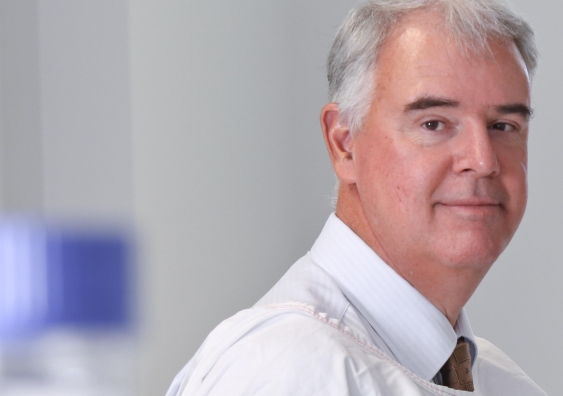 OPINION: For want of a better cliche, the proposed $20 billion Medical Research Future Fund really could be a "win-win" for Australia. But only if its architects get it right.

As a cancer researcher, I have experienced first-hand the frustrations that drive important Australian medical discoveries offshore, or leave them stranded in the lab.

If we want to develop and deliver new lifesaving Australian drugs, therapies and diagnostics tools – and build a home-grown, high value Australian biotechnology industry in the process – we need to take a long, well-informed look at the barriers along the arduous pathway from the lab to the clinic. That is, the point at which new drugs, therapies and diagnostics start to save and improve lives and to generate financial returns.

Australia has no shortage of insightful, creative researchers who are producing a steady stream of promising basic medical research outcomes. And although access to research funding through the federal government-supported National Health and Medical Research Council is increasingly competitive, much important early stage research does secure support.

Take the University of Queensland’s Gardasil, for example, the internationally adopted Australian vaccination against the virus that increases the risk of cervical cancer. All the critical foundation research was funded by us, the Australian public.
Where Australia trips up and suddenly drops from above average, globally, to below average is in the critical early clinical trial phase. It takes millions of dollars, plus the right infrastructure and the right people with the right skills, to turn a newly discovered molecule that kills cancer in the test tube, for example, into a new drug or therapy that can safely and effectively kill or contain cancer in patients.

Our experience at the University of NSW reflects the limitation of Australia’s funding model. A new drug we invented that stops tumours from metabolising sugar, so denying the cancer cells the energy they need to divide, went to Britain for clinical testing. This was simply because no public or private venture capital funds were available to us. A second generation compound is now being trialled in seriously ill cancer patients in Australia, but only due to support from the state government and several philanthropists.

Likewise, a new class of drugs that selectively targets the structure of the cancer cell has been largely underwritten by decades of small-scale community fundraisers and donations from many ordinary Australians through a philanthropic fund set up over 20 years ago by hospital bus driver Col Reynolds, who was determined to help sick kids.

The proposed Medical Research Future Fund is a historic opportunity to swap this time-consuming, unreliable scrabble for funds that all medical researchers know only too well, with the certainty Australia needs to ensure our world-class discoveries are translated into real health and economic gains.

Britain and the US have well-structured systems for funding early stage clinical trials which, if the trials prove successful, can then go on to be commercialised by locally based pharmaceutical companies. Australia is, of course, a much smaller nation. But in biotechnology size is no barrier.

Denmark, Israel and Switzerland, all much smaller than Australia, each have pharmaceutical companies in the world’s top 20. Denmark's Novo Nordisk, for example, employs about 40,000 people in highly skilled, well-remunerated jobs in Denmark and more around the world.

Given the proposed Medical Research Future Fund is currently linked to income from the highly contested Medicare co-payment, there’s undoubtedly plenty of politicking ahead. The proposed fund, however, is far too important to be caught up in the post-budget arm wrestling. Well designed, it’s an unequivocally good idea that’s long overdue.

Even the commitment of a small portion of the $1 billion of annual funding envisaged to early stage clinical trials could go a long way. If Australia picked its 20 most promising discoveries to go into clinical trials at a total cost of between $60 and $100 million a year, only one success would be enough to return that investment, in terms of local jobs and patent income.

Ideally, successful new Australian drugs and therapies could then be developed onshore, paving the way for the emergence of a local pharmaceutical industry that could help keep our talented researchers in Australia and bolster high-tech manufacturing; that is, help build exactly the kind of clever industries we need.

Professor Phil Hogg is Director of the Lowy Cancer Research Centre at UNSW and an NHMRC Senior Principle Research Fellow.