Medical students warned not to swap sleep for study

UNSW research finds medical students aren't getting enough sleep, which is vital to their wellbeing and cognitive performance. 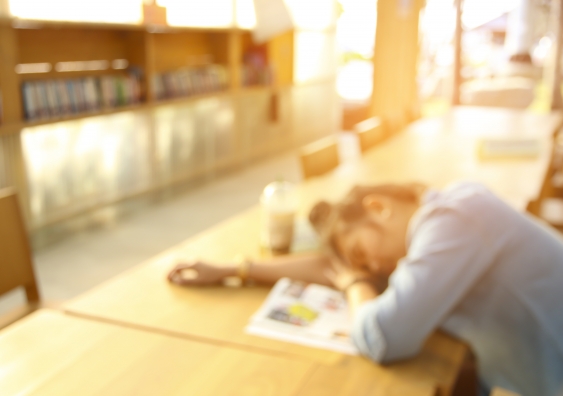 A UNSW study paints a worrying picture of medical students trading sleep for study or social life, with almost a third of those examined reporting poor sleep and getting on average less than the recommended seven hours each night.

Fifty-nine medical undergraduate students took part in the study published in Australian and New Zealand Journal of Psychiatry, which evaluated the impact of sleep-related factors on psychological wellbeing, cognitive performance and academic standing.

It found unrefreshing, short-duration sleep and psychological distress was prevalent in the students and linked to disturbed autonomic functioning.

The repercussions of this sleep behaviour on later professional functioning remain unclear.

The findings may also interest final year high school students and their families, as the stressful final exam season approaches.

UNSW employs a Student Wellbeing Advisor, Associate Professor Ute Vollmer-Conna, as part of its initiatives to prioritise the mental health of medical students and to normalise conversations about mental illness and stress.

Medical students receive timetabled ‘looking after yourself’ sessions in all phases of their study at UNSW, including workshops on coping with stress, where healthy sleep behaviours are a focus.

Sleep plays a critical role in the stress reactivity, emotion regulation and cognitive function that’s critical for medical practitioners and the safety of their patients. If students are sacrificing sleep to increase productivity they may be acting counter-productively.

Poor sleep may be a factor in the high levels of mental health issues among medical students, and the significantly elevated rates of suicide.

“We found that those with higher academic standing actually slept less and reported poorer sleep quality,” says Associate Professor Vollmer-Conna, who was the lead author on the study.

“At this stage they were still resilient, as evidenced by their higher psychological well-being.

“Maybe because they also kept very regular bedtimes, their systems could compensate for the short sleeps by making the most of the sleep they got.”

In contrast, those with very erratic sleep patterns did much worse.

“This is important to note because young doctors often have to keep erratic times with a mix of day and night duties,” Associate Professor Vollmer-Conna says.

“With strong relationships between insufficient sleep and poor physical and emotional well-being, one would expect that in the long run, trading sleep for study will backfire severely, and as the literature shows, increase the risk of developing mental health problems.”

The study involved students taking a questionnaire about their physical and psychological health and sleep, and wearing a bio-harness overnight to measure Heart Rate Variability (HRV) before completing computerised cognitive tests and keeping a sleep diary for the next seven days.

The study acknowledges that further investigation employing larger samples would improve representativeness as well as official validation of the academic results that participants self-reported.