Manchester United stars have held a football coaching clinic with young refugees who are part of UNSW’s Football United. 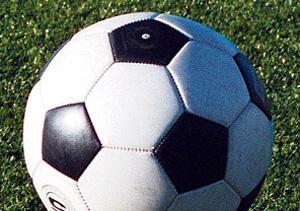 Manchester United stars and staff have held a football coaching clinic with young refugees who are part of UNSW’s Football United.

Hosted by UNICEF Australia, the clinic gave some juniors from the not-for-profit sports for development program the opportunity to hone their ball-handling skills and meet their idols.

Teresa Youl was one of two UNSW Football United Youth Leaders who had the opportunity to quiz the players about their careers. She admitted to being nervous.

“Football is my passion. In many ways it has been a big part of my education,” said the 19-year-old refugee and orphan from Sudan.

“When I was in high school I thought it was difficult to get into university, but I got inspiration from Football United," said Teresa who is now doing International Development Studies at UNSW.

“With every step that I have taken and every minute that passed I say to myself how lucky I am to be part of Football United,” said Teresa, who was the first recipient of the Football United scholarship, sponsored by the Vice Chancellor’s Alumni Appeal.

“Teresa’s a shining example of what football and sport can give to young people,” says Ms Bunde-Birouste.

Manchester United’s partnership with UNICEF, United for UNICEF, has raised more than $5 million for programs that support child health and development globally.

In Australia, United for UNICEF is raising the profile of sports-for-development programs like Football United, a world leader in using football for social development.

Football United is based at the School of Public Health and Community Medicine. 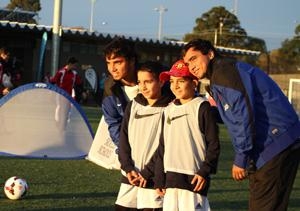 The other Australian team at the World Cup