The burden of major depression and anxiety have each increased by 37 per cent in 20 years, according to the Global Burden of Disease report. 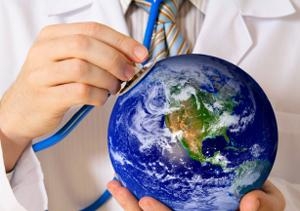 Mental illness is the largest contributor to disability, according to a report card on the world’s health, The Global Burden of Disease 2010 (GBD 2010). The seven papers and two commentaries that make up the report will be published in The Lancet this week.

GBD 2010 is a collaborative project led by the Institute for Health Metrics and Evaluation at the University of Washington (UW) in the US and involves 302 institutions across 50 countries. This is the first report since the inaugural study was published in the early 1990s.

Close to a quarter of the world’s disability burden is attributed to mental and behavioural disorders combined (22.7 per cent). These include major depressive disorder, anxiety, Alzheimer’s, schizophrenia and bipolar disease.

“This report looks at the total impact of disease over a person’s life. So serious conditions like heart disease and cancer contribute relatively small amounts to the disability burden because they usually occur in later life,” says UNSW Professor Philip Mitchell, who assisted in assessing the impact of bipolar disease around the world for the report.

“The mental illnesses present very commonly when people are in their 20s and 30s and they often reoccur, so the lifetime disability is greater,” says Professor Mitchell, Head of Psychiatry at UNSW, who is based at the Black Dog Institute.

Other contributions from UNSW experts include:

*The GBD is the only effort to date to quantify non-fatal health outcomes. Until recently, health liabilities were expressed using one measure: (expected or average number of) ‘Years of Life Lost’ (YLL). This measure does not take the impact of disability into account, which can be expressed by: 'Years Lived with Disability' (YLD). The 1990 GBD proposed disability-adjusted life years (DALYs) to measure both. It is calculated by taking the sum of YLL and YLD.