Illicit drugs are harder to get and cost more since the coronavirus pandemic, says UNSW Sydney’s National Drug and Alcohol Research Centre. 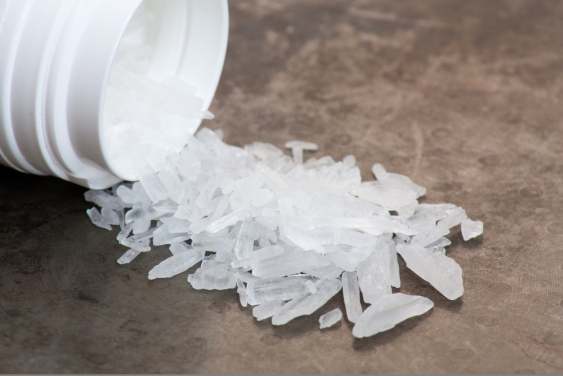 71 per cent who commented noted a decline in availability for crystal methamphetamine since COVID-19 restrictions have come into place. Photo: Shutterstock

Out of the 884 people interviewed from capital cities for IDRS – with interviews conducted from June to September this year – 71 per cent who commented noted a decline in availability for crystal methamphetamine since COVID-19 restrictions have come into place in March this year. Forty-five per cent of participants who commented reported heroin was also less available.

Sixty-two per cent of interviewees said compared to before, the price of crystal methamphetamine had increased since the beginning of March, with 91 per cent saying the same thing about heroin.

NDARC program lead for Drug Trends, Dr Amy Peacock, said possible reasons behind this increase in price and decrease in availability could be interruptions to Australia’s illegal drug supply – with important flow-on effects.

“Major disruption to these markets could mean increased treatment demand,” she said.

“Many services are already at capacity. Greater investment in drug and alcohol treatment and support will be critical.

“There is also the risk that we may see people turn to more easily-transportable, cheaper substances instead, which may carry significant risk of harm.”

One-third of participants reported injecting at a different frequency during the last month (at time of interview) compared with the month of February.

“Of these, 70 per cent reported a decrease in injecting frequency – that’s one in four of the total sample,” said Dr Peacock.

The report also found that of those in treatment since March, half (49 per cent) reported any disruption to their drug treatment in that same period.

“Most commonly reported disruptions were appointments moving to phone/video rather than face to face (34 per cent) and changed hours of service (17 per cent),” said Dr Peacock.

“Most reported that their satisfaction with their drug treatment was the same compared to before March.”

Many participants engaged in harm reduction behaviours to reduce the risk of COVID-19 transmission while obtaining or using drugs.

“It is critical to continue to monitor impacts, particularly among those populations who report more regular or dependent use of drugs,” said Dr Peacock.

The Drug Trends program has also released findings from EDRS, which from April to July surveyed 805 people recruited from capital cities who regularly consume ecstasy and other illegal stimulants.

Overall, participants reported a perceived decrease in the use of a number of drugs since March, including ecstasy/MDMA (70 per cent), cocaine (46 per cent) and ketamine (45 per cent).

“The primary reason for a decrease in use of these drugs comprised ‘fewer opportunities to be with people’ or ‘go out’,” Dr Peacock said.

Forty-one per cent of consumers observed an increase in cannabis use, mainly due to ‘boredom/less things to occupy time’, ‘more time to use the drug’ and ‘greater anxiety/depression with COVID-19’.

“Most participants reported drug availability as stable, although crystal methamphetamine and MDMA pills were most commonly cited as drugs which had decreased in availability – 46 per cent and 45 per cent of those who commented, respectively,” Dr Peacock said.

How has COVID-19 changed things for Australians who use illicit drugs?

NDARC researchers have also released a new bulletin on wave two of the Adapting to Pandemic Threats (ADAPT) study, which is exploring the short and long-term impacts of the COVID-19 pandemic on the experiences of Australians who use illicit drugs.

After interviewing 308 people who use drugs two months after they first completed a survey between April-June 2020, researchers found a continued decline of drug use since COVID-19 restrictions were put in place.

“However, cannabis continued to be the substance with the largest proportion of participants reporting that their use had increased since the beginning of March 2020 as compared to before, although the percentage of people reporting increased use had declined (44 per cent in wave two versus 56 per cent in wave one),” Dr Peacock said.

MDMA (47 per cent), cocaine (42 per cent) and ketamine (40 per cent) remained the substances that had the largest proportion reporting decreased use since the beginning of March.