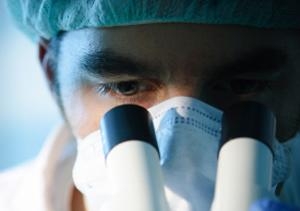 An Australian researcher who has been investigating the potentially protective role of a gene that plays a central role in Parkinson’s Disease is to receive support from the Michael J Fox Foundation.

Conjoint Associate Professor Antony Cooper, from the Garvan Institute of Medical Research and the University of New South Wales, has been researching the gene PARK9/ATP13a2 and its role in reducing damaging effects of the protein alpha-synuclein, which is considered central to the onset and progression of the disease.

Associate Professor Cooper says the Foundation is keen to know if PARK9 suppresses the protein in a mouse brain.

“Mice which express too much alpha-synuclein have Parkinson’s-like symptoms, impairing their sense of smell and movement. We will be over-expressing PARK9 in those mice to see if it helps reduce their smell and movement problems,” he said.

The research team will also try to reverse the experiment by removing PARK9 in another group of alpha-synuclein mice to see if it makes their symptoms worse.

A different dimension in cancer research