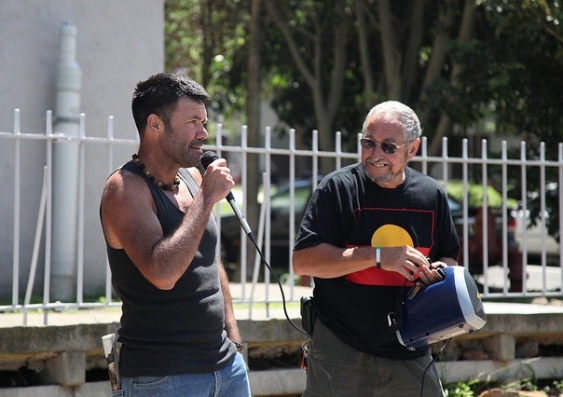 A voice for those behind bars ... a protest about black deaths in custody

Indigenous Australians are jailed 12 times more frequently than their non-Indigenous counterparts and make up about 40% of those in prison for assault offences, despite constituting less than 3% of Australia’s population, according to the Australian Institute of Criminology.

In juvenile detention the disparity is even more marked, with Indigenous incarceration rates 24 times those of the general population.

An initiative of the Kirby Institute and UNSW Medicine’s School of Public Health and Community Medicine, the panel will bring together experts in health and the law to discuss the impact of this over-representation of Indigenous people in our jails.

Dr Williams was one of a record cohort of Indigenous PhD graduates at UNSW last month. Her thesis focused on Indigenous incarceration.

Representatives from the Aboriginal Legal Service and Justice Health & Forensic Mental Health Network will also take part in the debate at UNSW on Tuesday afternoon.

The seminar will be preceded by a Welcome to Country, cultural performance and lunch to celebrate NAIDOC week.