$7 million in Commonwealth Government funding will underpin the launch of a unique service providing expert support for people with mental health, neurological and alcohol and drug disorders. 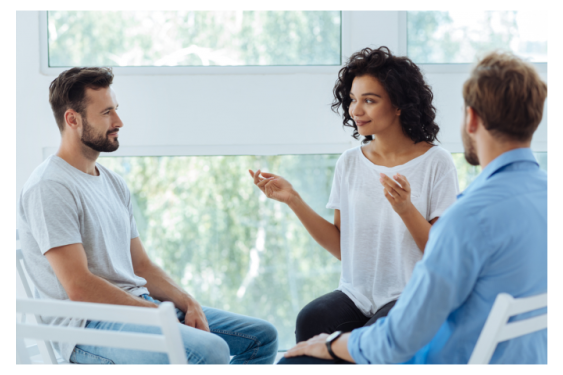 The Mindgardens Neuroscience Network, which integrates treatments and research for mental health, neurological and alcohol and drug disorders, was officially launched today by Member for Wentworth, Mr Dave Sharma MP.

Mindgardens, the first initiative of its kind in Australia, is a collaboration between UNSW Sydney, Neuroscience Research Australia (NeuRA), the Black Dog Institute and South Eastern Sydney Local Health District Health. It offers clinical services to patients, supported by research programs, and training and educational initiatives, drawing on the expertise of the four partners.

“Mindgardens will develop and provide treatments for patients that are tailored to take account of the newest research discoveries and apply insights from the four collaborating partners. Patient responses will be monitored to guide treatment choices for others who come after them. This feedback loop between real-world medicine and scientific studies is the hallmark of the Mindgardens approach,” John Grill AO, Chairman of the Mindgardens Neuroscience Network said.

“Mindgardens has been made possible by $7 million of start-up funding from the Commonwealth Government, and we thank the Minister for Health, Greg Hunt, for his vision and support,” he continued.

“This integrated approach will create innovative, new models of care and transform the way we deliver care to people with mental health, drug and alcohol and neurological disorders in Australia,” Mr Sharma said.

The Mindgardens offering will include:

Community hubs and primary health services, which match the intensity of support to clients’ current needs

“There is increasing concern within the community about the delivery and quality of health services for mental health, suicide prevention, drug and alcohol and brain disorders. UNSW is proud be part of the Mindgardens network to pioneer and test new approaches that can then be applied more broadly,” said UNSW Dean of Medicine Professor Vlado Perkovic. 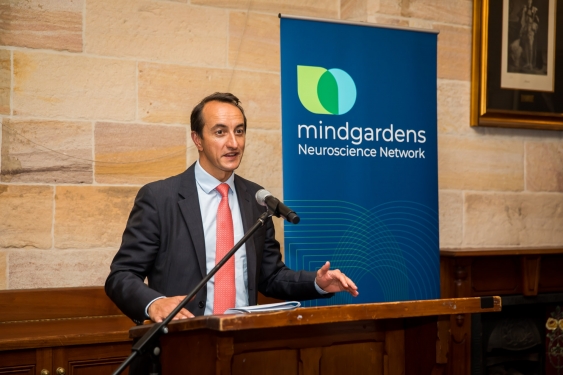 UNSW Sydney is one of Australia’s Group of Eight leading universities, with a strong reputation in life sciences and medicine.

“Black Dog Institute is proud to be working alongside other world-leading organisations to improve the quality of mental healthcare offered to those with mental health, neurological and alcohol and drug disorders. We hope that Mindgardens provides a template for similar partnerships across the country, with the ultimate goal of helping to reduce national rates of mental ill-health through world-class care,” said Black Dog Institute’s Director and Chief Scientist, Scientia Professor Helen Christensen AO, who is also Interim Joint CEO of Mindgardens.

“Mindgardens marks an important step forward in providing healthcare that is informed by high calibre research and will use research and clinical trials to drive continuous improvement to patient outcomes. By joining forces with other mental health and neurological clinicians and researchers, this new initiative will allow us to integrate our findings into effective and clinically tested treatments that will improve the health and wellbeing of those living with brain disorders,” said Professor Peter Schofield AO, CEO at NeuRA and Interim Joint CEO of Mindgardens.

“As home to some of Australia’s leading minds contributing to research and treatment in brain disorders, South Eastern Sydney Local Health District is celebrating the launch of the Mindgardens Neuroscience Network,” Mr Wilson said.

“With some of the Australasia’s leading clinicians, educators and researchers joining forces here, Mindgardens is an emerging powerhouse in this field, reflecting the value of the Randwick Precinct.”

The majority of Mindgardens services in the initial phase will be available primarily by referral either from a GP or through hospital in-patient wards or out-patient clinics. The Safe Haven will be a drop-in centre available to the general public.