Opinion Misuse of treatment rises in line with chronic pain

Are opioids really the lifetime treatment of choice for someone who may live the rest of their lives experiencing chronic pain, sometimes worsening as they age, asks Louisa Degenhardt. 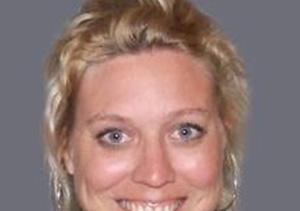 About 20 per cent of the population suffer from chronic pain and this figure increases to about one in four men and nearly one in three women aged 55 years and older.

As the Australian population ages, so will the growth in numbers who live with conditions for which there is now no cure and which cause significant pain, such as arthritis and rheumatism.

Pharmaceutical opioids, such as oxycodone, are very effective. They are listed by the World Health Organisation as ''essential medicines'' for the treatment of pain.

For the past decade, opioids have been available not just for treating acute pain but also for chronic pain. Therefore, oxycodone prescriptions increased by 152 per cent between 2002 and 2008.

However, we know much less about the long-term suitability of opioids for treating chronic pain. Trials for such treatment have been typically short (12 weeks) and often excluded patients with other health concerns. This matters because people living with chronic pain often suffer multiple ailments.

Are opioids really the lifetime treatment of choice for someone who may live the rest of their lives experiencing pain, sometimes worsening as they age?

Adding to the complexity of this situation are the effects of opioid misuse. Australia and the US have charted increases in deaths due to pharmaceutical opioids. In the US, they now roughly equal to the national road toll. In Australia, the University of NSW's National Drug and Alcohol Research Centre found that in 2008 there were 551 accidental overdoses due to opioids, with 70 per cent due to pharmaceutical opioids.

We have heard sad, sometimes tragic stories of debilitating illness, car accidents, work accidents and varied other causes of pain among older people. Most are facing the fact that pain will be a part of the rest of their lives. Many feel unheard or forgotten by their social networks, with social isolation a common occurrence for people living with severe, chronic pain.

Given the range of issues and people involved, it is important that a range of evidence-informed responses are considered. A popular one is the proposal for a ''real time reporting'' system, where a doctor can see which opioids, and quantities, the patient has previously been prescribed. This system does not seem to be imminent given the likely scale of resourcing required but international evidence suggests these systems might reduce ''doctor shopping''.

In the interim, we can benefit from what we know about responding to heroin dependence. Detoxification may be an attractive first option but it is rarely a long-term solution without additional and continuing therapy. It is recognised that opioid substitution therapy - the provision of controlled doses under clinical supervision - is an effective way to assist heroin users regain control of their life.

There will be a need to draw from the lessons learned from decades of research with illicit heroin users in this respect.

The pharmaceutical opioid problem is causing concern but we must not be lured into thinking that we will address the underlying issues by simply removing their availability.

Professor Louisa Degenhardt, from the National Drug and Alcohol Research Centre at the University of New South Wales, is the joint chief investigator on a study that will follow 2000 chronic pain patients newly prescribed pharmaceutical opioids over 24 months.

This piece was first published in the Sun Herald.