Economics is at the heart of Indigenous wellbeing and merely changing words in the Constitution would do little to address Indigenous disadvantage, former High Court Judge Michael Kirby has told a UNSW audience. 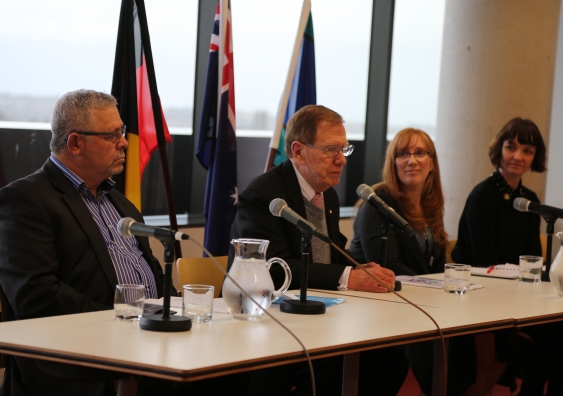 "Economic issues are at the heart of all Indigenous disadvantage," ... Justice Michael Kirby (centre), with panellists Gregory Davison from Justice Health, Dr Kyllie Cripps from UNSW Law and Dr Megan Williams from Muru Marri in the School of Public Health and Community Medicine

Economic issues are at the heart of Indigenous wellbeing and merely changing words in the Constitution would do little to address Indigenous disadvantage, former High Court Judge Michael Kirby has told a UNSW audience.

Speaking in a panel discussion to mark NAIDOC week on the health and social consequences of Indigenous incarceration, Mr Kirby said the addition of a Constitutional preamble recognising Indigenous people as Australia’s original inhabitants would be a “provision with no entitlement” and have little effect on Indigenous wellbeing.

The discussion, co-hosted by UNSW’s Kirby Institute and the School of Public Health and Community Medicine, brought together experts in health and the law to discuss the impact of the over-representation of Aboriginal and Torres Strait Islanders in jails. Indigenous people are incarcerated 17 times more frequently than their non-Indigenous counterparts and it is escalating at an alarming rate.

“Economic issues are at the heart of this and are at the heart of all Indigenous disadvantage,” Mr Kirby told the audience. He said he has little confidence in the power of Indigenous recognition in the Constitution to change this disadvantage, saying the High Court’s Wik decision in 1996 to recognise Native Title was a more substantial measure because it delivered Indigenous people actual material benefit. In that decision, Mr Kirby cast the deciding vote. The ruling allowed for native title rights to co-exist depending on the terms and nature of the particular pastoral lease and where there is conflict, for the rights under the pastoral lease to extinguish the remaining native title rights. 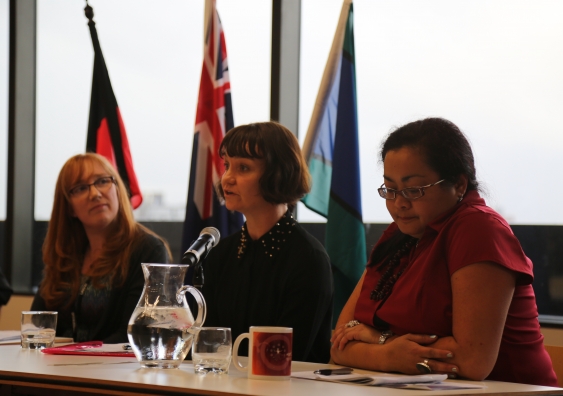 Indigenous health researcher and program head at the Kirby Institute, Dr Marlene Kong, highlighted the role of racism in Indigenous disadvantage: “It’s pervasive in the culture of Australia and until we address that, things are not going to improve”.

Dr Megan Williams, an Indigenous health researcher based at the School of Public Health and Community Medicine’s Muru Marri, said Aboriginal people’s achievements were often overlooked. Dr Williams recently completed her doctorate on the role of Aboriginal elders and service providers in helping prisoners transition back to life in the community, and has called for more money to be put into the family wellbeing program.

A third Indigenous woman on the panel, Dr Kyllie Cripps from UNSW’s Indigenous Law Centre, noted that almost half of the Indigenous people in jail had committed acts of violence towards others. More could be done to disrupt the violent trajectory of young Indigenous men and women, she said.

“We need to think about the life course for these people and how we're going to support them."

Other solutions included more targeted health programs for Indigenous people inside our jails. Gregory Davison, from the Justice Health & Forensic Mental Health Network, said Indigenous people often failed to seek out health services and he was a “big believer for the right to health in prison”.

Speaking from the audience, Justice Health Chairman, Chris Puplick, said Medicare is unavailable to the prison population.  He called on the federal government to provide the basic medical safety net to prisoners Australia-wide.