More than a quarter of high school students have experienced signs of clinical depression and other psychiatric conditions, but most are not accessing support from mental health professionals, a UNSW-led survey reveals. 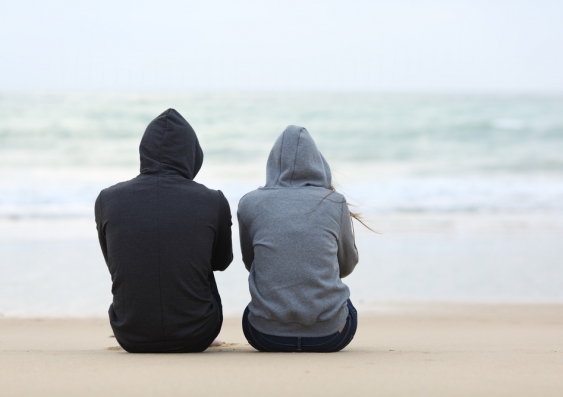 More than a quarter of high school students have experienced signs of clinical depression and other psychiatric conditions, with the type of mood disorder influencing students’ risk of suicide and self-harm.

The UNSW study – published in the Journal of Nervous and Mental Disease – offers a concerning insight into the lack of mental health support adolescents are accessing, with only 20 to 25% of students with a suggested psychiatric condition saying they had sought help from a general practitioner or a mental health professional.

The anonymous survey, led by UNSW Scientia Psychiatry Professor and Black Dog Institute Founder Gordon Parker AO, asked over 1500 year 11 and 12 Sydney private school students questions relating to mood and anxiety in recent periods and over their lifetime, and collected details about their history of self-harm behaviours, thoughts of suicide and history of being bullied.

Professor Parker says the study was conducted in response to community concerns about a number of upper North Shore students committing suicide in previous years.

“There is predictably considerable concern about the risk of suicide in adolescents,” Professor Parker says.

“Based on the survey answers, we wanted to assess whether there were  certain psychiatric conditions that put students at an increased risk of suicide and self-harm.”

The anonymous survey was carried out with the consent of parents, school counsellors and principals. Questions were based on a set of guidelines used by psychiatrists and mental health professionals for psychiatric diagnoses, including detailed criteria for major depressive disorder, social anxiety, panic attacks and post-traumatic stress disorder, while eating disorders were also assessed.

“We quantified that 26.8% of students met the criteria for major (clinical) depression, 21.5%  for social anxiety disorders, and 1.0% for a bipolar disorder,” Professor Parker says.

“We also found that thoughts of suicide and previous self-harm were distinctly highest in those with a melancholic depression or bipolar disorder, in comparison to students with the other disorders or no condition at all.”

“The study also highlights the grave extent to which bullying occurs and the effects of such vicious personal attacks on vulnerable young people experiencing depression,” Professor Parker says.

17.8% of the boys and 8.5% of girls had experienced bullying about their depression, with higher rates in those with a melancholic depression or a bipolar disorder.

A major depressive disorder is a depressed mood or loss of interest or pleasure in usual activities together with four or more symptoms which include significant weight loss or gain, reduced ability to concentrate and, indecisiveness, insomnia or hypersomnia. It is the most common type of depression in Australia.

This type of depression is usually severe. It is marked by a loss of pleasure in almost all activities, inability to enjoy once pleasurable things, a lack of energy and impaired concentration.

Bipolar disorder is a mood disorder marked swings in mood and energy, with ‘highs’ oscillating with periods of depression.

Professor Parker says the study established that the majority of at-risk high school students with such treatable conditions have not sought help.  Of the 69 students with either melancholic depression or a bipolar disorder, 52 were currently suicidal but had never had a psychiatric consultation.

“They are therefore unlikely to be aware of their condition and its treatability, and remain at severe risk,” he says.

In Australia, a 2017 report, independent of this study, identified suicide as the leading cause of death for 15- to 17-year-olds in 2015 in NSW.

In light of the findings, the authors call for greater awareness of such high-risk conditions in schools.

“Both melancholia and bipolar disorder are conditions that can be brought under control with treatment.  We need to ensure that at-risk students are assessed by sophisticated mental health practitioners, so that management strategies can be implemented to bring their mood disorders under control and avert any suicidal risk,” Professor Parker concludes.