The percentage of Australian teenagers choosing not to drink alcohol rose significantly in the ten years to 2010, new research shows. 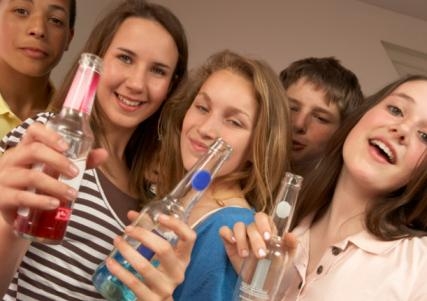 A broad change in drinking behaviour has occurred among Australian adolescents in the last decade.  The percentage of Australians aged 14-17 who do not drink alcohol has increased from almost 33% in 2001 to over 50% in 2010, research from UNSW's National Drug and Alcohol Research Centre (NDARC) shows.

This trend has occurred broadly across a wide range of regional, socio-economic, and demographic subgroups.

The trend was spotted by NDARC's Dr Michael Livingston, who analysed survey responses from more than 2,500 young Australians.

Dr Livingston says there are several possible explanations: “The shift in drinking behaviour is likely the result of broad cultural factors.  We have seen similar recent trends in the Nordic countries and the United States of America, all countries with strong temperance traditions and increasing public concerns about adolescent drinking.

"Also, the Australian population is increasingly multicultural, with a steady rise in residents from typically lighter-drinking cultures.  So the trend toward alcohol abstention among Australian adolescents could have something to do with deep cultural beliefs, increased social concerns about young drinkers, and subtle changes in immigration.”

This shift in drinking behaviour is good news in a country where twenty years ago one in five drinkers aged 16-17 reported alcohol-related injuries and one in ten regretted sexual experience linked to their drinking.

The reduction in drinking among Australian adolescents does not seem to have been offset by increases in illicit drug use or smoking.

Dr Livingston’s paper was published online by the journal Addiction.