As much as technology can improve the health system, it can also have deadly side effects, write Enrico Coiera and Farah Magrabi. 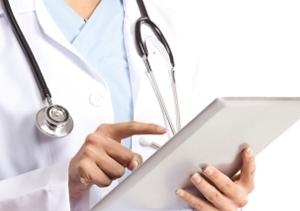 OPINION: A doctor calls up the drop-down menu on her electronic prescribing system, looking for the heart drug digoxin. The 225 options are listed in counter-intuitive alphabetical order and she clicks on the wrong dose. Her patient is given four times the amount he needs.

Another healthcare worker finds the computer's font hard to read and accidentally gives a patient 10 times the correct dose of epinephrine (adrenalin). The patient dies.

These are just two of the many serious events that we at the University of NSW Centre for Health Informatics have unearthed while analysing accidents and mishaps involving health information technology reported to the US Food and Drug Administration from January 2008 to July 2010.

The recent accidental deletion of 10-year-old Ezekiel Howard's electronically stored heart scans, along with two months' worth of similar scans on other patients' hearts at Nepean Hospital, is another example of an IT incident that has the very real potential to harm patients.

There's no formal requirement to report errors such as these - unlike adverse patient safety events from medication or medical negligence. But the few studies that have been done into errors associated with computerised health information systems are pointing to a disturbing fact: as much as technology can improve the health system, it can also have deadly side effects.

IT is transforming doctors' surgeries, pharmacies and hospitals. Over the next 10 years, more IT will be deployed in health systems worldwide than in their entire history.

You've probably already seen the start of it. GPs don't write prescriptions any more. They print them out using an electronic system, which then files away information on your medication history and your medical history, to build a growing database. Indeed, you may even have entered your own history into the new Personally Controlled Electronic Health Record, which the government launched in July.

There is no doubt technology will contribute much to healthcare - better record-keeping, better communication in a complex system, and better information about patients' medical histories. It will be evermore crucial to rein in costs and create efficiencies as governments worldwide cope with ageing populations, a shortage of healthcare workers and an increasing workload due to obesity and chronic disease - and do so with fewer resources.

But here's the rub. If we were introducing a new drug or surgical procedure, we'd be proving it worked in large clinical trials and running exhaustive tests to get it registered by a national regulatory authority. For health IT, there is no such regulation.

It doesn't come under the purview of the Therapeutic Goods Administration. The National E-Health Transition Authority develops standards to ensure the safety of health IT, but it doesn't test safety or compliance when systems are set up in the real world. The Australian Commission on Safety and Quality in Health Care has no regulatory mandate. In Australia, any software developer can take his or her idea straight from the drawing board to the GP's desktop, with no requirement to test its safety.

Despite the enthusiasm of policy makers, health IT is still seen as a technical and engineering challenge, rather than a clinical one. But international studies into the safety of emerging health technology show that, if handled wrongly, they will harm people.

The health system is often chaotic and busy. Staff get interrupted, they multitask, they simply get things wrong. Something as simple as a printer not working or a network problem can set off a chain of events that can lead to anything from a clinical mistake to widespread disruption across an organisation.

Overseas governments are moving to ensure better regulation for health IT, but there is no such national approach here. UNSW is trying to fill this gap by tracking IT incidents in general practice. The TechWatch Study is funded by the National Health and Medical Research Council and is being undertaken in collaboration with Flinders University. More than 70 GPs across Australia have so far signed up to report IT incidents that may have affected patient care.

Healthcare is often compared with the aviation industry in terms of safety. A series of catastrophic plane crashes in the 1950s forced airlines to improve their safety procedures, resulting in the transparency and willingness to change that have made it a paragon of safety today.

In the maturity of its approach to technical safety, the health system is about where aviation was six decades ago. Let's hope it doesn't take a series of technology-related air crashes in health to move us to protect patients from foreseeable, preventable harm.

Enrico Coiera is a Professor and Farah Magrabi is a Senior Research Fellow at the Centre for Health Informatics, UNSW.

What kind of research can we trust?

Why clinical research should be freely exchanged