By paying our share to the Global Fund to Fight AIDS, Australia will maintain the right to exert influence on one of the real jewels of international co-operation, write John Kaldor and David Cooper. 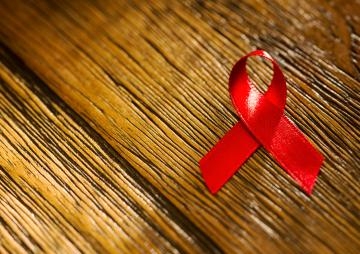 OPINION: Australia is a rich and healthy country which has long recognised its obligations to the poorer countries of the world, but the amount we give and how we give it are subject to economic and political winds.Over the past decade, and particularly since 2011,Australia has been a major contributor to the Global Fund to Fight AIDS, tuberculosis and malaria, one of the most successful ventures yet in improving the health of people in poor countries. With a number of recent breakthroughs in the control of all three diseases targeted by the Fund, we now have an opportunity to re-affirm and even strengthen our commitment. To do so is therefore as much a matter of sound investment, as a moral obligation.

Infectious diseases largely strike the poor, so countries with many poor people are the most in need of effective vaccines, drugs and other tools to control these diseases, but cannot afford to buy them. Until recently, there was an unspoken acceptance that poor countries would have to wait until they got rich if they wanted to get their hands on life-saving biomedical technology. Then, around the turn of the century, everything changed, in a defining moment of human history. The global community decided, almost overnight, that it was not OK for the accident of someone’s birth place to determine access to effective health technology. In 2000, the GAVI Alliance was set up and is now preventing millions of deaths through vaccination of children in more than 70 of the poorest countries. Then, two years later, came the Global Fund, aiming at confronting some of the world’s biggest killers. For the first time, there was real money available to fund effective prevention and treatment where it was most needed.

For all three diseases covered by the fund the past decade has seen radical improvements in what can be done to achieve real control, including better drugs, more accurate diagnostic tests and wider use of simpler technologies such as bed nets for malaria protection. AIDS, caused by HIV infection, was once a guaranteed cause of death, but can now be kept at bay by a daily pill that costs less than 30¢, and the drugs allow a person with HIV to life a full and productive life. For tuberculosis, the emergence of drug resistant strains has been threatening the effectiveness of treatment programs, but new tools are now available to quickly diagnose both drug-resistant and drug-susceptible disease, so that everyone gets the course of treatment that works best for them. The major gains in malaria have come through dramatically increasing access to effective drugs and ensuring mass distribution of insecticide treated bed nets, to protect those most at risk, especially children.

For all three diseases, we are now at a stage where we can truly turn the tide. Effective treatment for infection means effective prevention, because the pool of transmissible microbes is reduced, and the better the coverage of treatment, the greater the likelihood of breaking the cycle of transmission. The Global Fund has helped more 140 countries with the resources they need to do this and also aids the development of effective health systems. The fund has attracted donations from rich countries, led by the US, as well as groups like the Bill and Melinda Gates Foundation to the tune of billions per year.

Unlike many international organisations, the Global Fund cannot be portrayed as just a talk shop. It is set up on private-sector commercial principles and has taken a highly pragmatic, evidence-based approach to rolling out programs where they are most needed. Poor countries apply for funds that are awarded in multi-year cycles. Assessment criteria are strict, and monitoring for financial and administrative probity strong. A number of countries have seen their funds stopped when they failed to meet the fund’s requirements. The Brookings Institution and the US Centre for Global Development have assessed the Global Fund as one of the most effective of all government development agencies.

Australia has been a significant contributor to the Global Fund, having giving about $US200 million for the three years 2011 to 2013.

The fund in turn puts around 10 times as much as we contribute into the countries that Australia prioritises for development assistance, including those in our region such as Papua New Guinea and Indonesia.

It is now time for Australia and other donor countries to decide on funding for the next three-year period, with the crunch time being the “replenishment meeting” in Washington in early December. If the fund achieves its target of $US15 billion for the next three-year period, up from $11billion in 2011-2013, it will allow an estimated 85 per cent of people who need prevention and treatment services to receive them and will greatly accelerate the reduction in transmission and deaths that has already been achieved.

The US has said it will lift its contribution to a more than $US5 per citizen per year, while the UK has promised $8 and the Scandinavians around $10. During the last three years Australia, in its greatest economic boom, has contributed around $3. If we go up to the level of the US (which has just been through one of the worst periods of its economic history), we will be contributing 2.5 per cent of the $15 billion total, which is the correct proportion by our GDP.

Why should we put this amount of money into the Global Fund rather than direct country assistance, which may seem like a more obvious choice from some perspectives? Three main reasons. First, the Global Fund supports the disease control strategies that work best, as demonstrated by hard medical science, so the bang for the buck is optimal. Second, the fund has mechanisms that compel good governance, something that is often hard to do within the soft diplomacy of bilateral aid. And thirdly, by paying our share, Australia maintains the right to exert influence on one of the real jewels of international co-operation. It’s a bargain. 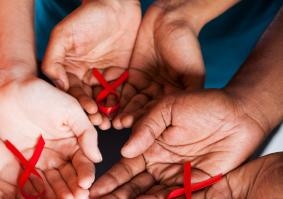 Getting the mix right for assessing research impact