In a world-first, UNSW researchers have developed a nanoparticle that could improve the effectiveness of chemotherapy for neuroblastoma by a factor of five. 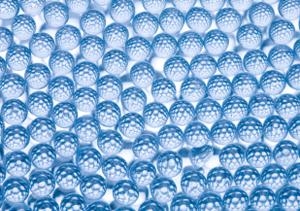 Researchers from UNSW's Australian Centre for Nanomedicine have developed a nanoparticle that could improve the effectiveness of chemotherapy for neuroblastoma by a factor of five.

Neuroblastoma is an aggressive childhood cancer that often leaves survivors with lingering health problems due to the high doses of chemotherapy required for treatment. Anything that can potentially reduce these doses is considered an important development.

In a world-first,  the UNSW researchers developed a non-toxic nanoparticle that can deliver and release nitric oxide (NO) to specific cancer cells in the body. The findings of their in vitro experiments have been published in the journal Chemical Communications.

“When we injected the chemo drug into the neuroblastoma cells that had been pre-treated with our new nitric oxide nanoparticle we needed only one-fifth the dose,” says co-author Dr Cyrille Boyer from the School of Chemical Engineering at UNSW.

“By increasing the effectiveness of these chemotherapy drugs by a factor of five, we could significantly decrease the detrimental side-effects to healthy cells and surrounding tissue.”

This synergistic effect between nitric oxide and chemotherapy drugs had previously been reported in other cancer cell lines, but the delivery compounds were potentially toxic and had very poor stability, or shelf life.

In contrast, the UNSW-developed nanoparticle is non-toxic and has a shelf life that has been extended from two days to more than two weeks: “Drug storage is critical and this is a substantial improvement over previous nitric oxide-carrier compounds,” says Boyer.

Nitric Oxide is an important cellular signalling molecule involved in many physical and mental processes, and deficiencies have been associated with heightened susceptibility to cancer, liver fibrosis, diabetes, cardiovascular illnesses and neurodegenerative diseases.

“If we can restore nitric oxide with these nanoparticles this could have implications for all the illnesses associated with NO deficiencies, including diabetes and neurodegenerative,” he says.

The key medical challenge, says Boyer, has been figuring out a way to deliver appropriate doses to specific sites within the body, without provoking an adverse reaction. The Australian Centre for Nanomedicine –  which crosses science, engineering and medicine –  is investigating multi-disciplinary solutions.

Boyer says that while biologists have experimented with nitric oxide, mixing it with cancer cells and observing the reactions, “no one has tried to develop a platform to specifically deliver nitric oxide – that is, where you want it, when you want it”.

The next step is to test the nanoparticle on other cell lines, such as lung and colon cancer cells, and to proceed to in vivo tests. The team also included researchers from the Children’s Cancer Institute Australia based at UNSW’s Lowy Cancer Research Centre.

Explainer: what is nanomedicine and how can it improve childhood cancer treatment?