Her vision is to use nanotechnology to deliver drugs and gene-silencing therapies directly to cancer cells. He is a social scientist with an interest in the social and ethical issues of technological change. 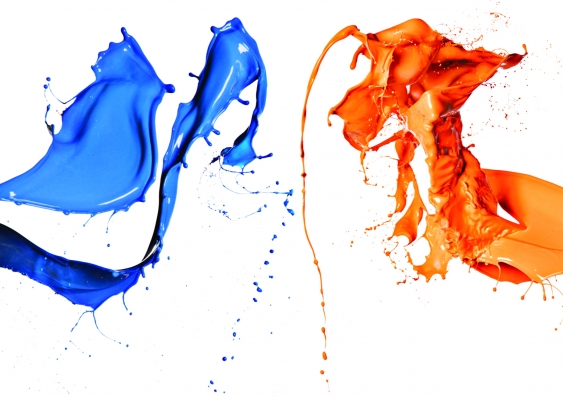 Together Professor Maria Kavallaris and Dr Matthew Kearnes are embarking on a research project to consider some of the social implications of nanomedicine, and to develop a platform for engaging the public in the unfolding nano revolution. The pair sat down recently to talk about their collaboration.

Matthew: Maria, can you tell us a little bit about nanomedicine and why you think it is so important?

Maria: Absolutely. I’m a cancer researcher, and I’m particularly interested in developing effective and less-toxic therapies for cancer. Many cancer patients are treated with chemotherapy. This is a highly toxic therapy that not only targets the tumour cells, but also damages normal cells, and you often hear about the side effects that people go through. We’re also working  at the Children’s Cancer Institute. Now, when children are treated with chemotherapy, because they’re young and they’ve got growing tissues, survivors often get lifelong side effects  such as hormone imbalances, fertility issues and even secondary cancers. So, not only do we lose almost three kids a week  from cancer in Australia, kids who survive the disease often have lifelong health issues. There’s an urgent need, not just  for children but also for adults, to develop treatments that  can target tumour cells but spare the normal cells. And  I see nanotechnology as offering a lot of promise. 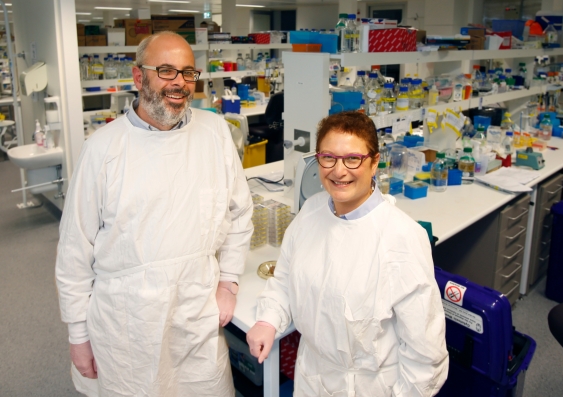 Matthew: Can you define nanotechnologies for us?

Maria: Effectively, they are engineered materials put together in nano-sized structures, which are very, very small, thinner than the diameter of a human hair. And these structures can be modulated in different ways: you can make cubes, you can make squares, you can make wonton shapes, you literally can make any sort of shape. And within them you can put drugs,  or you can add drugs to their outsides – antibodies and peptides to be delivered specifically to the diseased tissue.

Matthew: What might these targeted therapies mean  for cancer patients?

Maria: Imagine cancer is like a running engine and you want  to stop that engine: targeted therapies are like putting a spanner in the works, in the end destroying the growth of that tumour. One of the oldest examples, is Herceptin®, for breast cancer, which is given only to patients who have got a herceptin-positive [HER2-positive] receptor on their tumour.

Matthew: So that’s a particular mutation?

Maria: Exactly, it’s a particular change on that breast cancer. If you give that same therapy to a patient who doesn’t have that herceptin-positive tumour, it’s not going to work. So that’s what we would call a targeted therapy. But even with those therapies often patients can develop resistance. We feel with nanotechnology, we may be able to develop systems to bypass some of those resistance mechanisms.

Matthew: This is a fascinating area of science, but you’ve taken your research a step deeper and you’ve engaged me, a social scientist. Tell me a bit about why you did that?

Maria: Well, we like to work with strange people! But on  a serious note, because this is a rapidly evolving area, it  has the potential to be amplified in the media with false information, and it’s important that, as we’re developing  these technologies, we take the public with us. It’s important  to have someone like you involved because you can challenge  us on some of the things we’re doing, how we express our ideas, and how we engage people, the consumers. We want you  to be involved in our research as it develops.

Matthew: A cynic might ask is this just about selling it to the public or is there something else going on?

Maria: It’s definitely about much more than a sales pitch. We know what happens when there’s a miscommunication about scientific achievements – genetically modified [GM] crops are the classic example, where the company came out and said, “These are going to happen and they’re going to be good for you”, and then people said, “No, we don’t want them.” We can’t let that happen with nanomedicine because  it’s just too important.

Matthew: The GM example is a good one, because there are a number of misconceptions around how the public responds to new technologies. There’s the idea the public is just innately fearful of new things, or that people don’t really understand the science. My research shows there are really significant areas of concern around  the direction and pace of change in general, and the actual benefits from the technology that is developed. These are big social questions and economic questions, and, to some degree, ethical questions. One of the things my work looks at is how we build platforms for dialogue and engagement  at a much earlier stage in the process.

Maria: I agree that’s something researchers need to get better at. We tend to fear talking about our research before we publish it. It’s finding a balance between giving false hope to the public, and informing them about what we’re doing. Working with you as part of this ARC Centre of Excellence is going to give us a great opportunity to inform people in the right way.

Matthew: Targeted therapies, for example, rely on some degree of genetic screening. So there are issues here with privacy – particularly in the relationship between genetic screening and health insurance. There are also questions about how this screening data might challenge our models  of healthcare.

Maria: Well, you’ve hit on something that is really important in this genomic revolution. We’re getting a huge amount of information, but we need to consider what we do if screening a patient for cancer, for example, inadvertently uncovers something that suggests a susceptibility for Huntington’s disease. How does the medical profession deal with that, when the patient didn’t ask to find out? It’s important we work out the ethical obligations.

Matthew: One of the implications is that  these developments will challenge our models of informed consent, and the relationship between patients and doctors is also likely  to change significantly as we move  to more targeted treatments.

Maria: That’s why it’s going to be very important to engage the public in this whole discussion. There are legal implications; you’ve got the ethics; and you’ve got the economic arguments, as well.As a society, how do we deal with these? There are companies now that do genome screening; give you a report on all your susceptibility. When you fill out your insurance forms, what do you say if you have a full run-down of your potential weaknesses? Because those reports only deal with probability measures; they’re not absolute. It’s  a dialogue that has to happen.

Matthew: And are there always going to be populations who are left out?

Maria: It’s not that these patients are being deprived of treatment; it’s just that we don’t have the understanding of how to treat them. But remember, we’re also generating knowledge.  So as we identify these new genes, then we have to go back to the laboratory and figure out what they are doing. If they are driving the disease,  can we develop therapeutics to target them? That’s where there is enormous potential 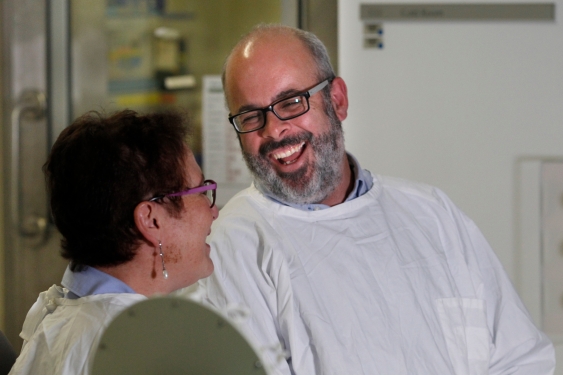 Maria: Enough of me though. Matthew what will you, as a social scientist, get out of this research partnership?

Matthew: I’m really interested in the relationship between science and society and one of the key challenges we’ve got in our work is how do we interact with science in real time? We tend to think of science as a relatively autonomous sphere of work, but I think we’re recognising there are significant social challenges attached to processes of scientific and technological development. We want to build new ways of engaging the public, new ways of speaking across disciplinary boundaries. I’m fascinated by where the science is taking us, and how we might develop more mature, more nuanced discussions around the social ramifications. My feeling is we’ve done that pretty well, but we could do it a lot better, and one route is through engaging more directly across what have tended to be quite strict disciplinary perspectives.

Maria: From my perspective, I want to make sure whatever we develop in the clinic is adopted by people, and that they see it as a good therapeutic strategy for them to treat their disease. What’s important for me is to make sure we can learn from social scientists, such as yourself, the sort  of things that may actually raise concerns, so  we can better articulate our responses. But I  also think it’s even more general than that; it’s  how we express ourselves, and how we engage  people. So that’s what I’m hoping to get out  of this partnership.

Matthew: Well, I’m looking forward to it,  and let’s come back in a few years time  and see where we’ve got to.

Maria: If we’re still talking to each other!