Opinion NDIS hiccups are expected, as with any large-scale social reform

The NDIS roll-out has been criticised for many glitches, but that doesn't mean the scheme is failing, writes Helen Dickinson. 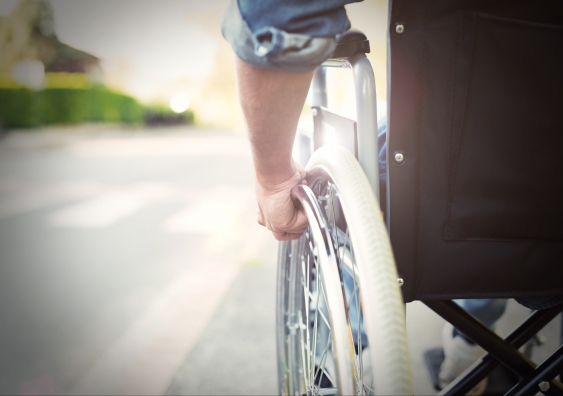 OPINION: The agreement to launch the National Disability Insurance Scheme (NDIS) in 2012 was met with great excitement. It also came with large expectations about the transformation this would bring in terms of services and outcomes for people with disability.

Disability services were widely recognised to be in a parlous state and there was bipartisan support for the development of a national scheme that would address their identified inadequacies. In recent months, this enthusiasm and excitement has been replaced by a more critical discourse. National rollout of the scheme began last year, but already there have been reports of the NDIS being “plagued with problems”.

However, one of the problems with judging success and failure is that they often look the same part way through. We shouldn’t be surprised that such a huge reform process is encountering challenges in the implementation process and these issues don’t mean that the NDIS is failing overall.

Problems with the scheme

The online portal that facilitates payments to providers received extensive critical attention for delays and technical glitches. In November 2016, the NDIS was criticised for struggling to meet enrolment targets. From July to September 2016, only 7,440 people were enrolled in the scheme instead of the targeted 20,264.

This problem was rectified in the next three months, when 26,000 people signed up to the scheme. But in return, there was criticism this had been at the expense of the quality of the planning process.

Then came concerns about a potential cost blowout due to the increased prevalence of autism, debates over state and federal responsibilities and reported workforce shortages. Due to this, the Productivity Commission was asked to undertake an independent review into the overall costs of the scheme, its value for money and long-term sustainability.

Recently we have seen extensive reporting on the failures of the scheme and concerns that the various pressures on it might be overwhelming. There also seems to be agreement from some quarters that the implementation of the NDIS is failing.

By 2020 the NDIS is expected to have around 460,000 participants at a cost of A$22 billion. It should empower people with disability and their families and support individuals to participate more fully in society and the economy.

England embarked on a similar reform process a few decades ago - although over far greater timescales. This started with the creation of a market for disability services in the 1980s, the introduction of direct payments in the late 1990s and the expansion of individual funding to all groups around a decade later.

Although these initiatives were developed over a period of nearly a quarter of a century, they still encountered a number of implementation challenges as they have been rolled out. These include different levels of take up of these options across disability and age groups, reports of inadequate budgets and challenges in planning processes.

In some ways, the comparison to the English experience of implementing individual budgets is not a good one. In England, support for disability services remains focused around a small group of individuals. The development of the NDIS as a major new funding initiative required extensive support and as a result emphasised the potential benefits for the whole population.

The Every Australian Counts campaign argued people with disabilities should be treated as full citizens and made an appeal to universality. It argued that the NDIS was needed for “peace of mind” in the sense that everyone could be at risk of disability either directly or through a family member.

Many have described the NDIS as the largest social policy reform since Medicare. So Medicare might be a better comparison than the disability reforms in England, and Medicare’s history is instructive in terms of the time it takes to achieve large-scale reform. Although today Medicare is relatively settled in the policy context and supported by the public, its history is more contentious.

Medicare started in 1984, but an earlier version, Medibank, was introduced in 1975 after extensive political debate that even led to the double dissolution of Parliament in 1974.

Medibank was abolished in 1981 and only reintroduced after a significant increase in those without health insurance. Other similar large-scale reform processes follow similar patterns. Change doesn’t come quickly and we need to be patient.

We are less than a year on from the roll-out of the NDIS nationally. Given the size and scale of this reform agenda we can’t expect to see change emerge overnight. Some of the current commentary around the scheme goes too far in making definitive statements about success and failure. We should expect some challenges to arise as the NDIS is implemented and this doesn’t mean that the idea is fundamentally flawed.

But having patience doesn’t mean ignoring these problems either. The government needs to ensure appropriate mechanisms are put in place to learn from issues as they arise. The scheme is certainly in need of refinement, but we should not abandon this altogether given life prospects for those with disability are significantly worse than for the general population, and well below those of other comparable nations.